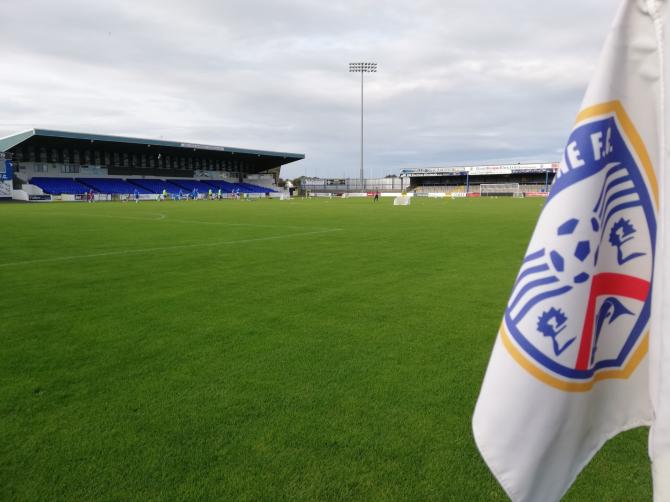 Coleraine FC General Manager Stevie McCann provided club's supporters with an update on plans to renovate and update The Showgrounds.

COLERAINE Football Club has launched the Showgrounds Regeneration Community Trust in a bid to raise funds to regenerate the pitch, grandstands and surrounding areas at The Showgrounds.

As part of these exciting new plans, the club's aim is to install a 4G pitch, a 5000 capacity stadium, as well as a community hub for local groups, sports clubs and primary schools.

The stadium improvements could take anything from three to seven years to complete but the club had indicated that it wishes to install a 4G surface for the start of next season.

The crowd was informed that the Showgrounds Regeneration Community Trust has been officially launched, which comprises of four directors and which will be responsible for driving the project forward and sourcing finances.