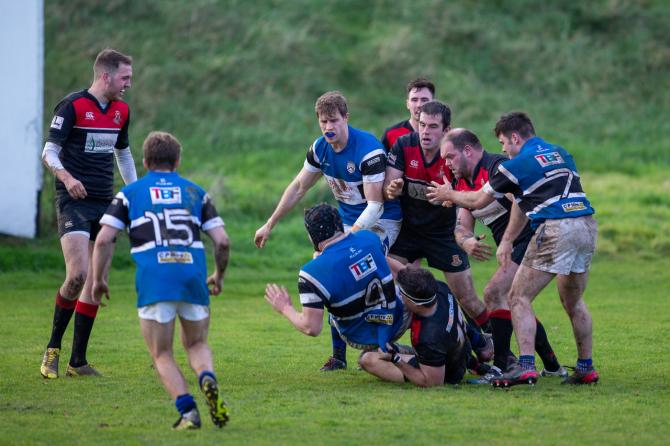 HE might be a former Ulster and Ireland rugby star and a 'Hall of Famer' to boot, but Andrew Trimble was back in more humble surroundings at the weekend.

Less than 24 hours after being inducted into the Causeway Coast and Glens Hall of Fame at the borough's annual Sports Awards, the 35-year-old was turning out for hometown club Coleraine against Limavady in a Qualifying League One.

However, the surprise appearance of the 70-times capped Irish international wasn't enough to prevent the Sandel Lodge club going down to a 38-0 defeat to their north west neighbours.

Trimble, who made 223 appearances for his native province in a career stretching back to 2005, follows the late William Dunlop, former Open champion Darren Clarke and Olympic rower Alan Campbell in receiving the Hall of Fame accolade.

"It's a special feeling," admitted the ex Coleraine Inst pupil who was forced to retire from the professional game through injury.

"I'm also very thankful that I got the opportunity to play sport professionally," he added.

Since his retirement in May of last year, the one-time Queens University student has gone into business, starting a company designed to help athletes develop their careers.

A total of 14 awards were handed out at the dinner in Coleraine's Lodge Hotel which celebrates the achievements of sporting personalities from across the four legacy areas of Coleraine, Ballycastle, Ballymoney and Limavady.

Check out Tuesday's Chronicle newspaper for a report and photos from the event.