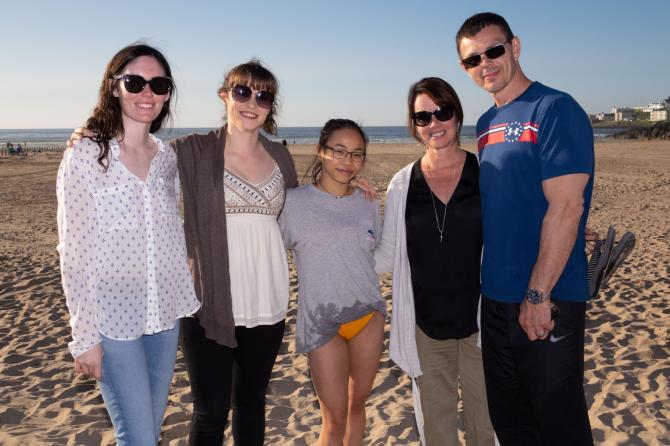 The 17-year-old was in Ireland as part of a training camp and took time out to enjoy a BBQ at Harry’s Shack in Portstewart, organised by the Sika Club.

And as the sun shone on a rare glimpse of summer, the US Olympic hopeful admitted she was enjoying every moment of her trip across the Atlantic.

“I love it, it’s so beautiful and the people are so nice - I’m in love with this place,” she told Chronicle Sport.

“We’re here to experience something new and to train at the same time and we’ve trained in Dublin and at the Sika Club in Coleraine.”

The 2017 World all-around champion, Morgan Hurd was also a member of the gold-medal winning American team at the 2018 World Championships, and a five-time World medalist.

She is a three-time member of the United States women's national team (2016-2019) and has her sights set firmly on next summer’s Olympic Games in Tokyo.

“Yes, that’s the ultimate aim but I’m taking it one step at a time and one goal at a time,” she continued.