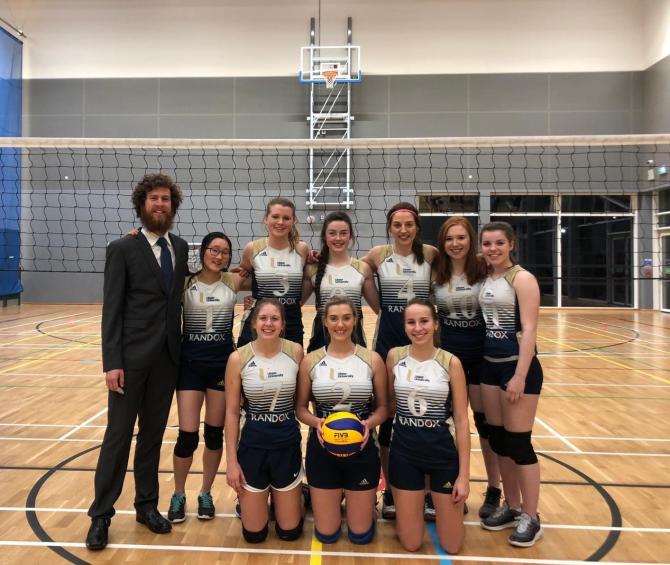 Ulster University Coleraine Volleyball team pictured prior to their win against Ballymoney Blaze.

The UUC team have played a number of hard fought games on the road during January and February so were looking forward to this local derby encounter.

There was a loyal band of supporters cheering on both teams in this League Cup quarter final encounter.

UUC started Set 1 with some attacking flair coming from Captain Rachel Montgomery, Catherine Murphy and Ellie Embry to ease UUC into a 12-9 lead. One particular highlight was a great link-up midway through the set between Rachel, Tijana Radman and Catherine for an excellent point.

Not to be outdone, Hannah Holmes started putting in some solid hitting midway through the set including a delicate tip attack at 16-11. There was a slight wobble near the end of the set with Coach Jonny Workman calling a timeout at 20-18. This helped to steady the UUC ship.

The first set was won with a lovely pass from Hannah followed by a disguised tip set by Tijana for a 25-21 win.