Ballyclare too strong for Coleraine 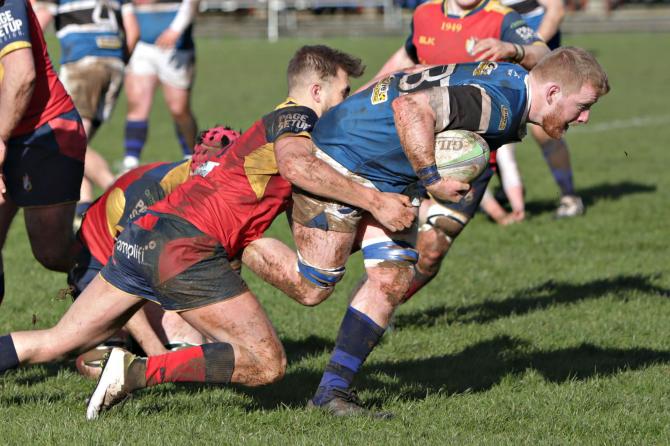 Coleraine 1st Simon McLean forcing his way to get ahead of the Ballyclare man in the league match at Sandel Lodge. WK11KC09SP

COLERAINE put in a spirited performance on Saturday but lost out to Ballyclare in their second last game of the season.

The Coleraine team performed strongly and held the lead for considerable periods of the game. In the final period of the match Ballyclare showed the prowess that sees them challenging for top spot in the league as they ran in three tries to secure a bonus point 17-32 win.

Coleraine head coach Brian Hughes, speaking after the game, said that he was impressed with the efforts of his side and the intensity shown throughout the match. With one game to go he is looking forward to making an strong impression in two weeks time, away to Carrickfergus.

On Saturday the first points went to Ballyclare on 17 minutes as Coleraine faced a ten minute period with 14 men following an infringement in the scrum. 0-5.