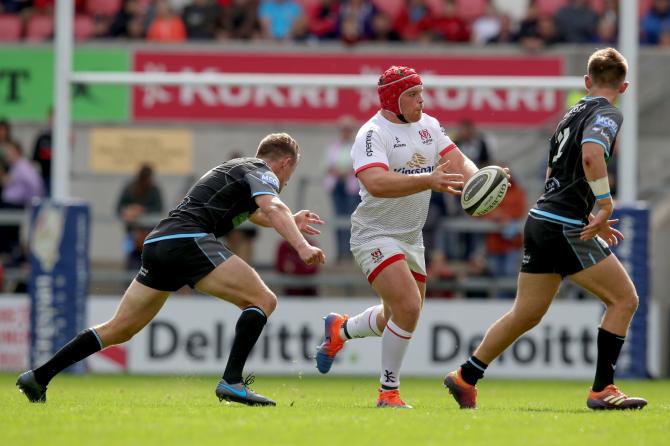 Eric O’Sullivan is one of two changes to the starting XV that defeated Northampton Saints last Sunday and booked Ulster’s place in the last 16. The loosehead comes in alongside Rob Herring at hooker and Marty Moore at tighthead.

Alan O’Connor will skipper the side and partners Kieran Treadwell in the second row. Marcus Rea has retained his starting berth at blindside flanker, as have Nick Timoney at openside and Duane Vermeulen at Number Eight.

Mike Lowry is named at full-back alongside Robert Baloucoune and Ethan McIlroy on the wings. Angus Curtis comes in to start at centre alongside James Hume. Nathan Doak and Billy Burns will form the half-back pairing.

Meanwhile, the United Rugby Championship can confirm that two of Ulster's fixtures from the Christmas and New Year period have been rescheduled.

Ulster’s Round 8 fixture with Connacht and their Round 9 game against Leinster were both postponed due to Covid-19 and are now slated to take place in February and March.

Ulster versus Connacht will be played on Friday 4 February at 8.15pm (UK/IRE) and will be broadcast live on BBC Northern Ireland, TG4, Premier Sports, SuperSport and URC.tv.

Ulster versus Leinster will be played on Saturday 12 March at 7.35pm (UK/IRE) and will be broadcast live on Premier Sports, TG4, SuperSport and URC.tv.

Both games will be hosted at Kingspan Stadium, Belfast.