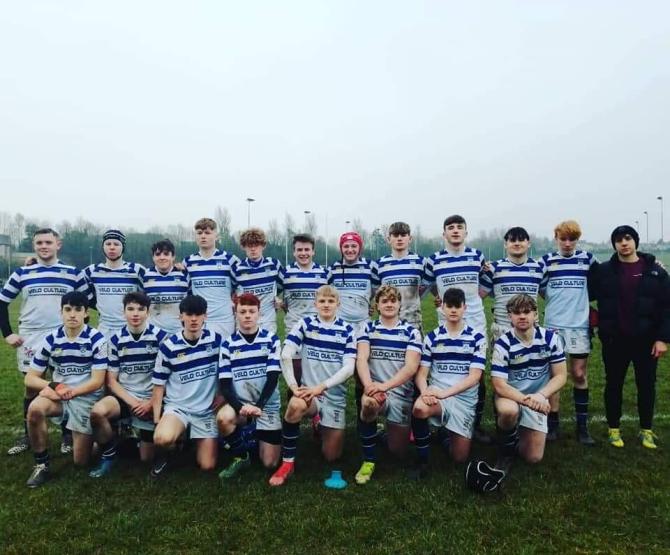 COLERAINE Under-16s will look to continue their fine recent form and book themselves a cup final date when they host Rainey Old Boys RFC in the semi-finals of the Ulster Carpets Youth Provincial League semi-final play-off this weekend.

The young Coleraine side entertain their Magherafelt counterparts at Sandel Lodge at 11am this Saturday with a place in the decider at the end of January up for grabs.

They will start as big favourites, too, given their performances to date this season, having topped their league section with 13 wins from 13 games.

Along the way, Coleraine defeated some of the leading clubs in Ulster rugby incuding Ballymena, City of Armagh and Banbridge, to underline their title credentials.

What’s more, they have conceded just three tries in that time, making Magherafelt’s task a difficult one this weekend.

The Coleraine team draws players from a number of different local schools and currently has eight players involved in the Ulster Regional Development Squad.

So, if you want a glimpse of some emerging rugby talent, get yourself along to Sandel Lodge on Saturtday morning and give the boys your support.