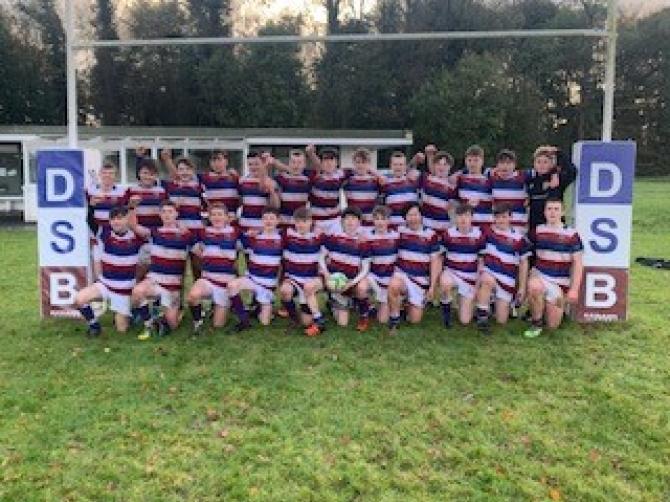 AFTER successfully coming through the group stages, Dalriada U16s have qualified for the Plate Final to be played today (Wednesday, 2pm) at BRA playing Fields in Mallusk.

Dalriada successfully navigated themselves through the group stages with three excellent wins over good opposition.

In their opening game they travelled away to Dromore HS and came away with a 29-21 win.

Next up they played Down High and coming from behind won 14-12.

In the final game, which was in all purposes a semi-final, they beat a strong Banbridge side 15-10.

This now has set up a final against RS Armagh which will be a tough game but with the ever improving performances of Luke Stewart at No. 8, Ben Stewart at flanker and Oliver Hughes in the second row, the forwards have turned out to be a very formidable unit.

The backs have certainly performed when required and with Gabriel Stubbs-Carton at 10 and Patrick Cramsie at full back they have two players who have the capability to make things happen.

Dalriada are hoping to travel with sufficient support to cheer on the team to victory.