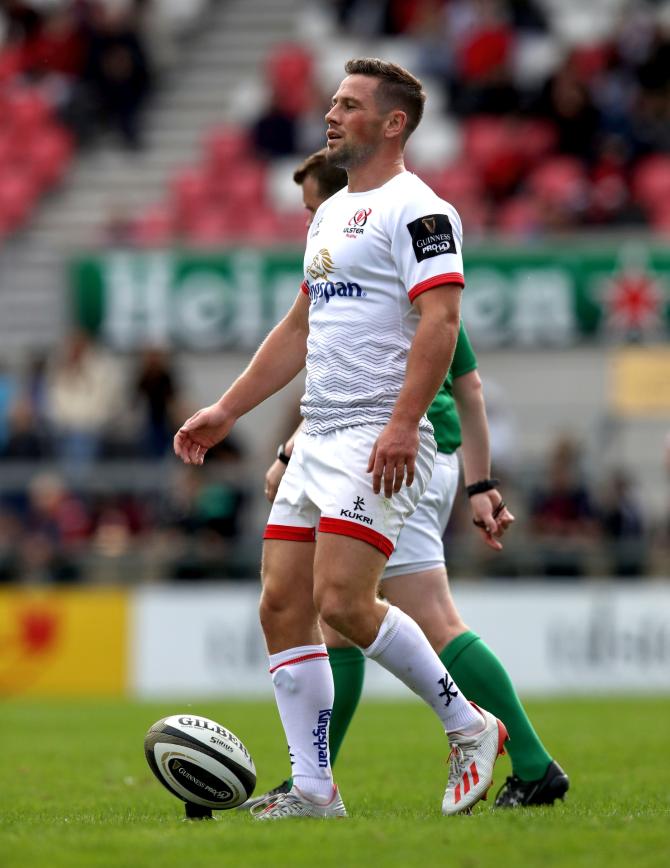 Scrum-half, John Cooney returns to the starting line-up and is one of four changes to the side that played in the Guinness PRO14 Final versus Leinster last week.

Cooney will be paired with Billy Burns at fly-half, while the rest of the starting backline remains unchanged. Michael Lowry is named at full-back, with Jacob Stockdale and Rob Lyttle on the wings. Midfield duo, Stuart McCloskey and James Hume, will once again start.

In the front row, Jack McGrath comes in at loosehead to join Rob Herring at hooker and Tom O’Toole at tighthead prop.

Iain Henderson will lead the side and is joined by Alan O’Connor in the second row.

Sean Reidy makes a positional switch to blindside, while Jordi Murphy and Nick Timoney come in to the starting XV at openside and number eight.

Dan McFarland has again gone for a 6-2 split on the bench.