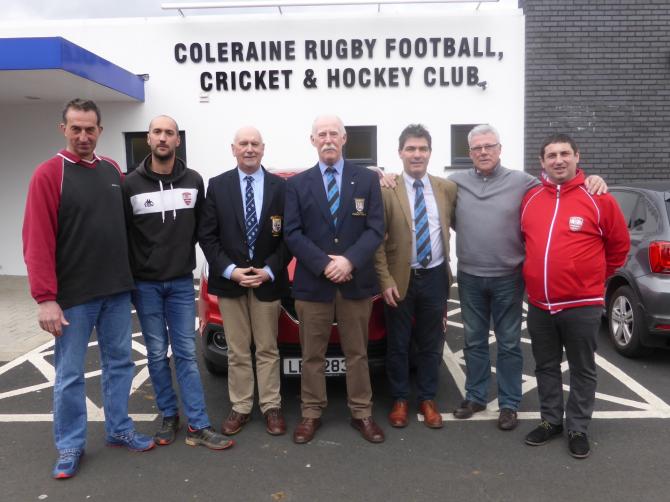 Coaches from FCY Rugby of La Roche Sur Yon in France were guests of Coleraine RFC at the weekend.

COLERAINE welcomed representatives of FYC Rugby in France to the club on Saturday.

The coaches from La Roche Sur Yon visited Rugby Avenue as part of a new link-up between the Coleraine club and its twin town in France.

The party took in Mini rugby games in the morning between Coleraine and Ballymoney before watching the Youthh Section in action at City of Derry Rugby Club.

The visit represents the beginning of a new partnership between the two clubs and one which is expected to grow in the coming years.

There was less good news on the pitch for the Bannsiders, though, as they lost again, losing heavily to Portadown in the Kukri Ulster Rugby Championships.

Elsewhere, Limavady RFC maintained their push for promotion with an expected big win over struggling UUC.

For all the latest from the rugby world - including news of an award for a Ballymoney sports student - see this week's Chronicle.