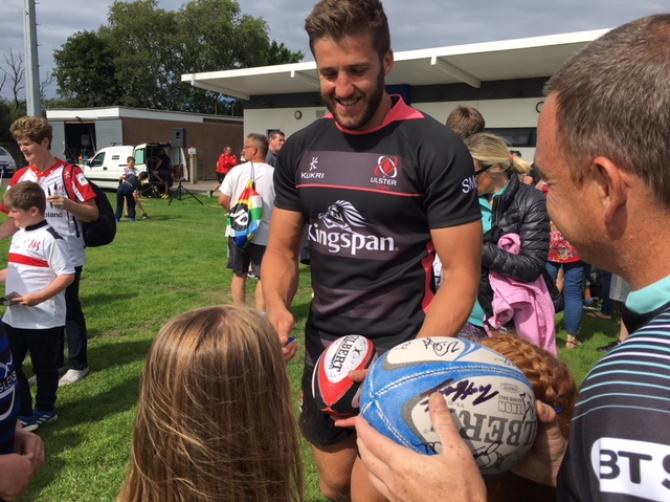 Ulster's Stuart McCloskey pictured during training at Coleraine Rugby Club in the summer.

ULSTER Rugby's Stuart McCloskey will become the latest player to win a century of caps for the province in Friday’s Guinness PRO14 encounter against Ospreys at Morganstone Brewery Field (7.35pm).

McCloskey, who has family connections to Coleraine, has made 17 starts this season and has been a mainstay of the side since making his debut against the Dragons in February 2014.

In reaching the milestone, McCloskey follows in the footsteps of former Ulster stars, including winger Andrew Trimble.

"My dad lived here until he was 18 and my family owned a shop in the town.

"My granny lives here though I don't get up as much as I'd like to," he added.