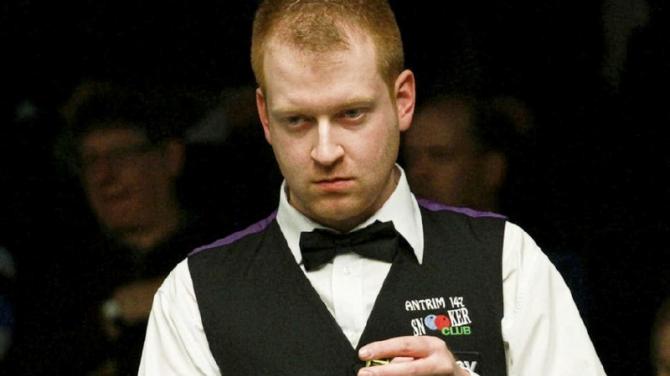 ANTRIM’S Jordan Brown has narrowly lost out in his bid to win a qualifying spot in this year’s World Championships.

He took on England’s Steven Hallworth in the third round in Sheffield yesterday (Monday).

Hallworth is ranked 103 in the world and the Welsh Open champ could have been forgiven for fancying his chances.

And he got off to a flying start, ending the first session 3-1 up.

But Hallworth regrouped and slowly began to assert himself on the game, taking it to five all in the best of 11 contest.

And unfortunately for Brown, he had to helplessly watch the decider from his chair as his opponent somehow put together a 103 break.

Undoubtedly a disappointing result for the 33-year-old - but there were many positives in what was always a competitive encounter.

His opponent has yet to be decided.