Is it time for racing to get back in the saddle? 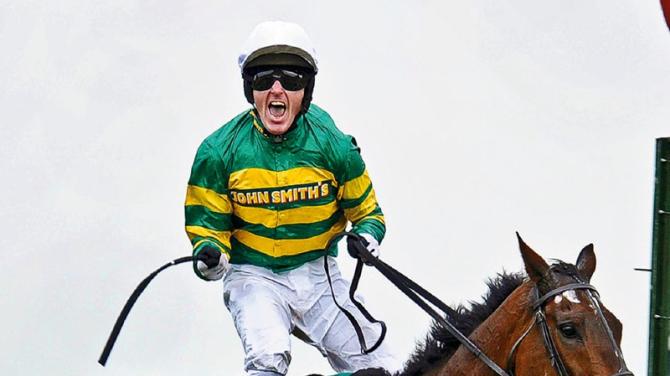 RACING legend Tony McCoy, a Freeman of the Borough of Antrim, has cautiously backed plans for horse racing to restart in June.

All race meetings in the UK were cancelled following the government’s lockdown on March 23 in a bid to halt the spread of COVID-19..

But the multi-million pound sport’s organisers have been working on a detailed plan which could see racing return behind closed doors.

AP McCoy has welcomed the proposals which could potentially involve jockeys, staff and officials living on site in quarantine.

Horses would be brought to and from the race venue each day, while the races themselves would be restricted to a limited number of locations.

Fields could also be limited to just 12 races per day and McCoy says although ‘it isn’t the ideal solution’ it may be the right one in the current climate.

“I would never, ever have thought something like this could have happened, but if it was our only option at the moment, then why not?” said the Moneyglass man.

“With the right government and medical guidelines we can get it back in a restricted capacity and hopefully get it going again.

“If it was a possibility and our only possibility, then it's worth making that step.”

After weeks on lockdown, racing and other local sports are finally looking at options for the way ahead.

But in the case of racing, the sums involved are astronomical - and that could ensure that urgent steps are ultimately taken.

Every year the sport generates £4 billion a year to the UK economy and employs approximately 18,000 people - but a prolonged shutdown could see the sport lose £193million.