Sam is the man! 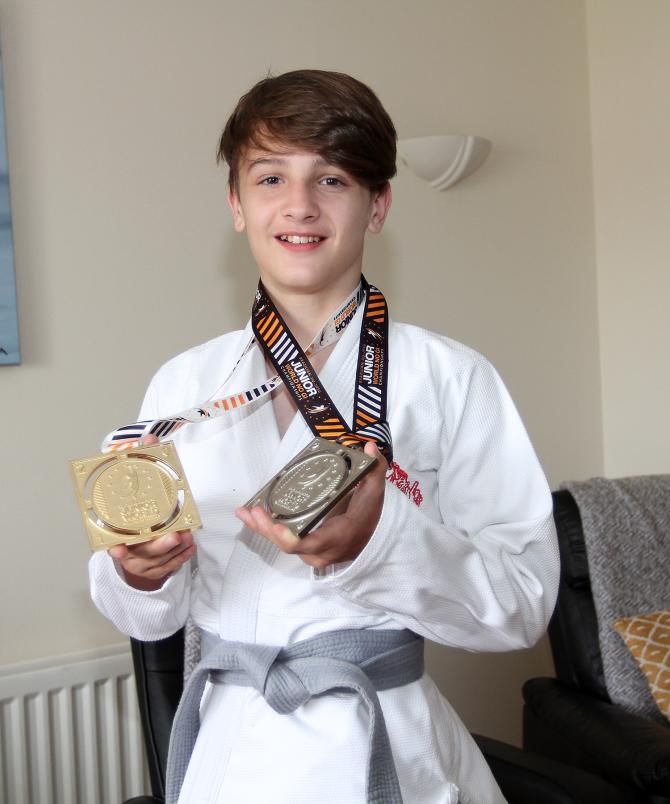 ELEVEN months after taking up martial arts, local boy Sam Laschevoski has become a World champion of the sport.

The 13-year-old, who is a member of Ballymoney’s Kyoujin  Club,  won a gold medal in the  Gi competition in Wolverhampton, and added a silver in the No Gi event for good measure.

His rise to the top follows success at the IBJJF Jiu Jitsui and the Grappling Industries gathering in Dublin where, again, he finished on the top step of the podium.

“It feels great to be a World champion in Jiu Jitsui,” Sam, a pupil at St Mary’s High School in Limavady, told Chronicle Sport.

“On the day of the competition I felt nervous and excited because of the number of competitors who were in my bracket.

“My family and coaches were all there to support me, though, and share in my victory. Having them there by my side made it even more special,” he added.

Sam has had little time to revel in his glory, however, as he is currently in training for two more competitions that could see him become European champion as well.

To read the full story, see this week's paper.