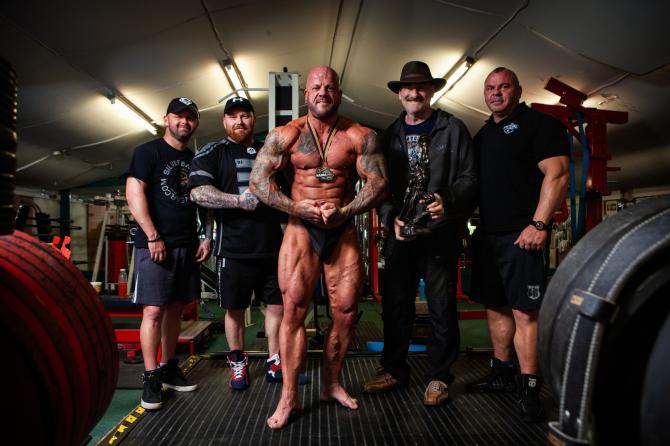 LOCAL bodybuilder Kyle Vauls is targeting success in the NABBA Universe competition later this year after coming out top in the Over 40 class at the NABBA Mr World Championship.

The Coleraine man saw off some stiff competition at the Ulster Hall in Belfast, describing his victory as his 'biggest achievement' to date.

To complete a memorable competition, Kyle was also part of the Northern Ireland team which claimed the team title.

"It was an honour to win an award with my country," he admitted.

"To come out on top against such a field was a shock but also a great feeling and definitely my highlight to this point in my bodybuilding career."

A former powerlifter, Kyle Vauls is now the only man in NI to have held world titles in both powerlifting and bodybuilding.

"We are all proud of his success and I'm sure he'll continue to achieve more in the future," said coach Sam Graham.

Kyle plans to take a couple of days rest before resuming preparations for the NABBA Universe in November.