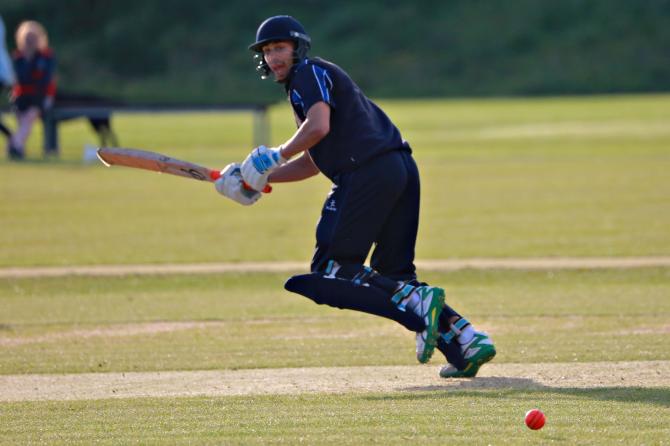 Varun Chopra in action for Coleraine in the win over Ballyspallen.

COLERAINE First XI will look to make it two wins out of two in the new NW T20 Blast competition when they travel to Glendermott this Friday evening.

The Bannsiders got their campaign off to a winning start last Friday evening when they saw off the challenge of Ballyspallen.

The Limavady side won the toss and put their hosts into bat, Coleraine finishing their innings on 136-9 after their allotted 20 overs.

Ballyspallen's hopes of overtaking their target were severely dented when they lost two wickets in the opening two overs, including professional Brendon Louw.

Scott Campbell, three for 20, and Varun Chopra who took two wickets for 12 runs, led the way as Coleraine skittled their opponents for just 97 runs.

As well as the T20 game on Friday, Coleraine host CSNi in the first round of the Irish Senior Cup at Sandel Lodges on Saturday afternoon.

Last week's league game at home to Brigade was abandoned and will be rescheduled in the coming weeks.

For all the latest cricket news, see this week's Chronicle.