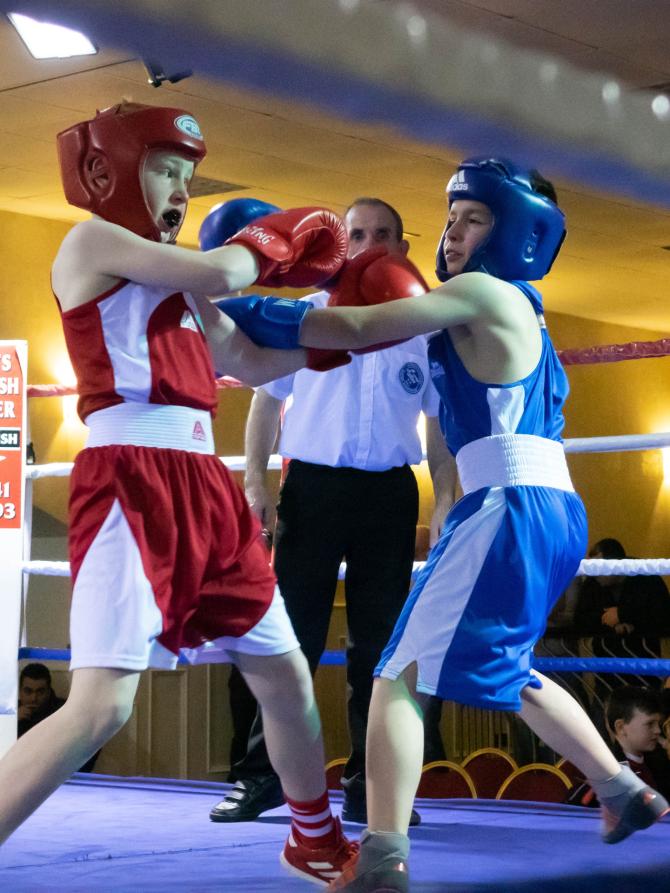 Young boxers from a host of clubs showed off their skills at the Skerries ABC fight night in Portrush.

MEMBERS of Skerries Amatuer Boxing Club in Portrush have hosted another hugely successful fight night in the resort.

The evening, hosted in the town's Magherabuoy House Hotel, attracted boxers from various neighbouring clubs along with, of course, members of the host club.

The evening saw some entertaining contests at differing weights in front of an appreciative crowd.

Club officials have thanked all those who helped ensure the success of the evening, especially the various sponsors.

They also paid thanks to everyone who helped out on the night - from referees to timekeepers and anyone else who contributed.

For a full write-up and plenty of pics from the night, see the full page feature in this week's Chronicle newspaper.