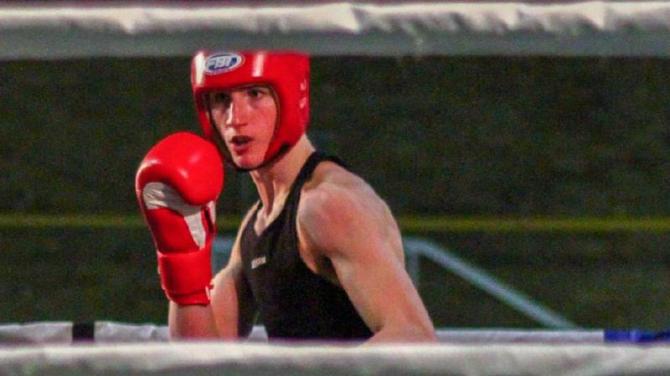 ULSTER University's recently crowned Intermediate Middleweight Irish title holder Euan McConnell believes that his recent success can steer him in the right direction for the Commonwealth Games in 2022.

The 18-year-old has targetted a spot at the decorated sporting event in three years time but is also well aware of the task in hand to make those dreams become reality.

McConnell studies Biomedical Science at the Ulster University campus in Coleraine and has joined the Churchlands Golden Gloves gym since moving to the North Coast.

The talented teenager started out at Larne Amateur Boxing Club approximately three years ago and insists he has adapted well to life in the ring.

Speaking to Chronicle Sport, Intermediate Middleweight Champion Euan McConnell said: “I am very happy to have won the title and it is the perfect start to the year for me.

“I will be stepping up now and I know that I am relatively inexperienced but I am used to boxing above myself because I am quite new to the sport but you just have to work hard and be the best that you can be."

*Full story in this week's paper.