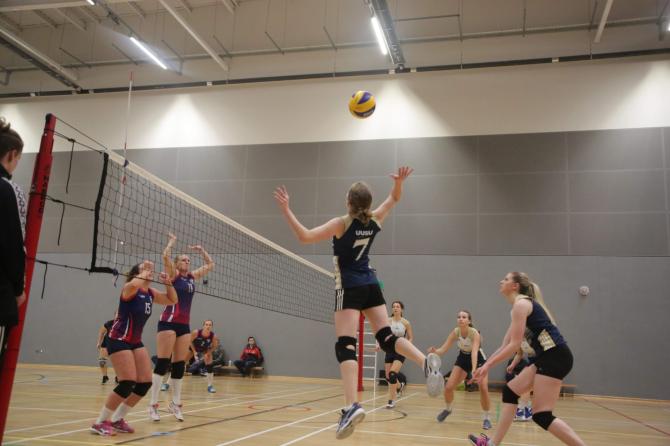 UU ladies colleyball team will be looking to get back to winning ways in the New Year.

BELFAST side Fireblades proved too strong for Ulster University in the latter's final home game of the calendar year.

The city side haven't lost a game yet this season and they showed why by producing a strong all-round team performance to defeat the local side.

Fireblades won all three sets but were pushed all the way by their hosts who can take great encouragement from this performance for the remainder of the campaign.