CHSQ is back and it's Madness! 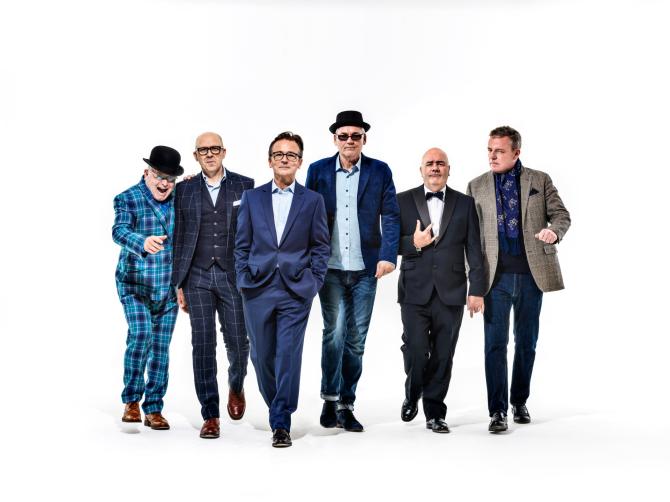 It promises to be a month to remember for music fans with artists of all genres taking to the stage in one of the most popular venues in the city.

The series kicks off in considerable style on Sunday with the appearance of perennial chart-toppers back in the day, Madness, plus special guests.

However, such is the popularity of the 'Nutty Boys' even today that this weekend's gig is officially 'Sold Out!'

After Madness, it's the turn of another legendary band to make an appearance - Scottish rockers Simple Minds.

Jim Kerr and the boys take to the stage on Tuesday (August 9) and will be supported by Silent Running.

Thankfully for fans of Simple Minds there are tickets still available via Ticketmaster.ie.

The music takes a twist on Friday and Saturday (August 12-13) with the appearance of Ben Nickey and guests Cosmic Gate, David Rust, Tyler Jack and Woods & Gormley but, unfortunately, for anyone thinking of going both gigs are sold out.

Tom Grennan and guests follow on Thursday August 18 and tickets are still available on ticketmaster.ie.

The same applies to the following night's concert by Van Morrison with guests The Gold Tips; tickets are still available to buy for an appearance from one of Belfast's most famous sons.

Saturday August 20 promises to be a night of nostalgia for those of a certain age as Belfast punk legends Stiff Little Fingers return in all their glory to their home city.

Joining them will be their north west contemporaries The Undertones who have been in fine form in recent appearances at festivals throughout Europe.

And as if that wasn't enough, the night also features The Selector, one of the foremost groups of the ska era back in the day, Ricky Warwick & The Fighting Hearts, with the legend that is Terri Hooley on the decks.

Should be a great night and the good news is that tickets are still available via Ticketmaster.ie.

There's then a break until Wednesday August 24 and a sold-out appearance from The Stereophonics plus guests The Florentinas.

The following evening (Thursday August 25) is the welcome return of Paulo Nutini, again unfortunately sold out. The fact that the Scot hasn't been seen in a while may have had something to do with that.

And the month comes to a climax on Saturday August 27 with a very special show from one of Northern Ireland's rising stars, Ryan McMullan.

The county Down man is on the crest of a wave just now and this gig is sure to showcase just why he's being talked about in glowing terms by so many in the music industry.

Support comes from Theo Katzman, Travi The Native and Lucy Gaffney and there are a few tickets remaining - but you'd better be quick!

It really is gonna be quite the month and a sign that music is back after an unpredictable couple of years.

More information can be found at www.customhousesquare.com.

Remaining tickets for some shows available at www.ticketmaster.ie