A season of concerts, plays and panto to keep local audiences entertained. 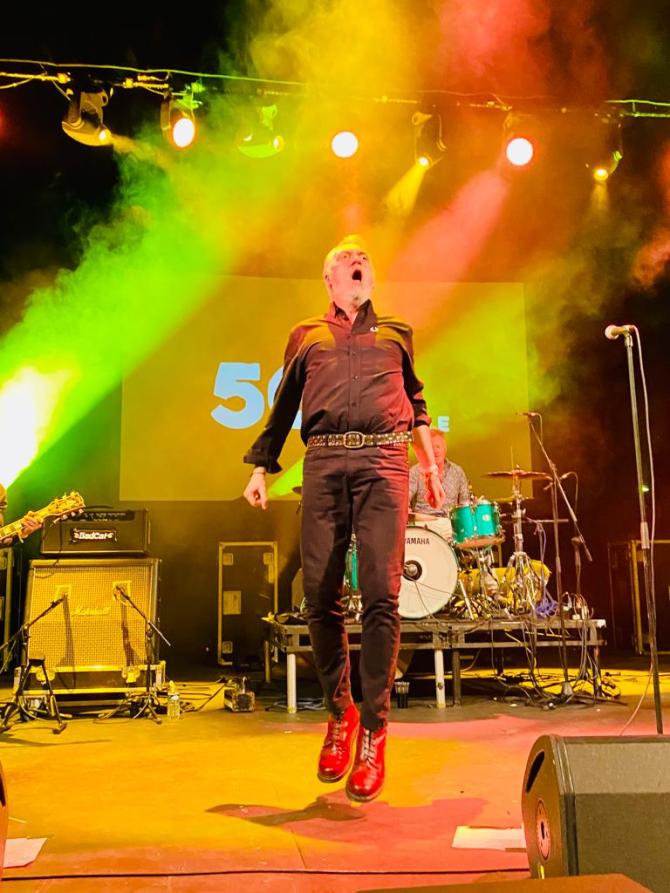 The Undertones enjoyed a spectacular homecoming at the Millennium Theatre earlier this summer. The theatre's autumn/winter programme has just been released.

The Millennium Forum has just announced details of new events taking us into the autumn/winter of 2022. The new programme is hot off the press and promises a season of concerts, plays and panto to keep local audiences entertained.

This season is sure to be laughter-filled, as comedy continues to prove popular with audiences.

TOMMY TIERNAN returns for three hilarious nights in the same month, while DARA O’ BRIAIN carries us in to October with his 2022 show, 'So…Where Were We?'

Our favourite Aussie export, Ireland’s own JIMEOIN, will also tread the Forum boards, as will DANIEL SLOSS, while JOANNE MCNALLY makes her Forum debut in her show THE PROSECCO EXPRESS. ROB BECKETT is also featuring this season, and, due to demand, an extra night has had to be added for SARAH MILLICAN before Christmas.

The beginning of the season is guaranteed to delight drama fans as the Forum hosts the Pulitzer-prize winning play, GLENGARRY GLEN ROSS, brought to us by The Bardic Theatre. Hit of the Edinburgh Festival, MYRA’S STORY, takes its final curtain call in September, whilst BLOOD UPON THE ROSE returns in October, and Diona Doherty’s brand new BRIDESMAIDS OF NI debuts in the same month.

As usual, there is plenty of live music to cater for all tastes with ASLAN, FONTAINES DC, FAIRYTALE OF NEW YORK and the ever-popular NATHAN CARTER being only some of those featured this season.

The Forum is delighted to welcome Ballet Ireland with their production of NUTCRACKER SWEETIES, which is truly a seasonal favourite. The City of Derry International CHOIR FESTIVAL returns this October with another exciting week long programme of live and virtual events.

Of course, the programme also includes fun for families with ADVENTURES ON OLD MCDONALD’S FARM and, the season certainly couldn’t come to a better close than with CINDERELLA, the Millennium Forum’s professional home-grown pantomime, starring a talented local cast and the wonderful Conal Gallen in his long-awaited return as Buttons.

Bookings for all events are now open from the Forum’s Box Office.  Telephone 71 264455 or visit www.millenniumforum.co.uk