The sky’s the limit for fundraising family 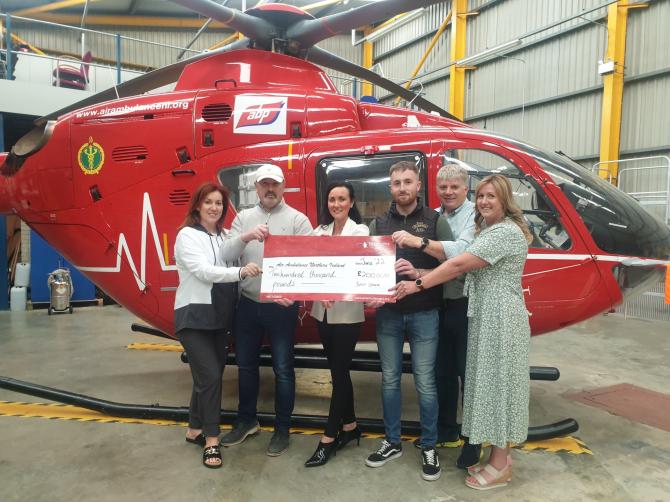 A GRATEFUL family, who have raised £200,000 for a cause close to their hearts in just three years, have paid tribute to the public for their generosity.

Just two months after keen motorcyclist Simon Osborne suffered a catalogue of life-threatening injuries in a collision between Bushmills and Portballintrae on January 2, 2019, his loved ones launched an appeal for Air Ambulance NI.

At the age of 25 Simon, who was pinned underneath a car, lost sight in his right eye, broke every rib in his body as well as his sternum, left arm, pelvis, and left leg.

He punctured both lungs, ruptured his spleen and bowel, and was left with a massive back wound and general nerve damage.

After spending 14 weeks in hospital and painstakingly learning how to walk again, the Ballymoney butcher was determined to give something back to the charity that had saved his life at the roadside.

See this week's Chronicle for the full story.