'In The Name of the Son' at the Millennium Forum 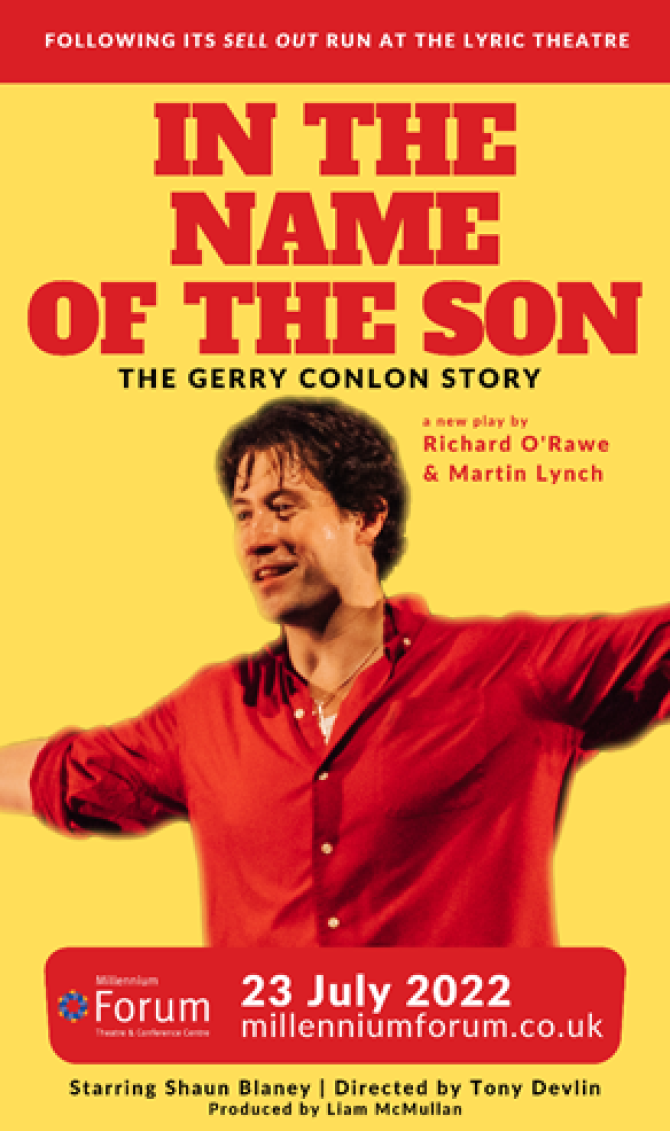 'IN The Name of the Son,' one of the most talked about plays of recent times is on its way to the Millennium Forum.

It will perform at the theatre on Saturday July 23, prior to a week-long stint at the Grand Opera House in Belfast.

'In The Name of the Son' is an exciting play chronicling the extraordinary life of The Guildford Four's Gerry Conlon following his release from prison in 1989.

Who will ever forget the TV images of a wild-eyed, fist-pumping man, storming up to a bank of microphones outside The Old Bailey, proclaiming to the world: 'I am a totally innocent man!'

The story of what happened next and what kind of man that emerged from 14 years of soul-destroying imprisonment is simply the stuff of legend.

'In The Name Of The Son' charts Conlon’s remarkable journey into ‘freedom’ as he received and spent over £1m, became a cause-celebre at the Hollywood Oscars and ran in the same circles as Johnny Depp, Shane McGowan and Daniel Day Lewis. Conlon seemed to have it all but, away from the glamour, fuelled by an addiction to crack cocaine, his life was spiralling out of control.

Plagued with the guilt of believing he was responsible for the death of his father Guiseppe in prison, Gerry Conlon struggled with powerful self-loathing. When he found himself searching bins in the backstreets of London for food, he knew he had to do something. What emerges from the darkness is Conlon’s resilience and his eventual life-changing recovery to beat his demons and become a world-renowned Human Rights campaigner against miscarriages of justice, similar to his own.

Written by Gerry’s lifelong friend Richard O’Rawe and Martin Lynch the play explores triumph of the human spirit over extreme adversity. A great story of hope.