Councillor praised after logging into meeting from 5000 miles away 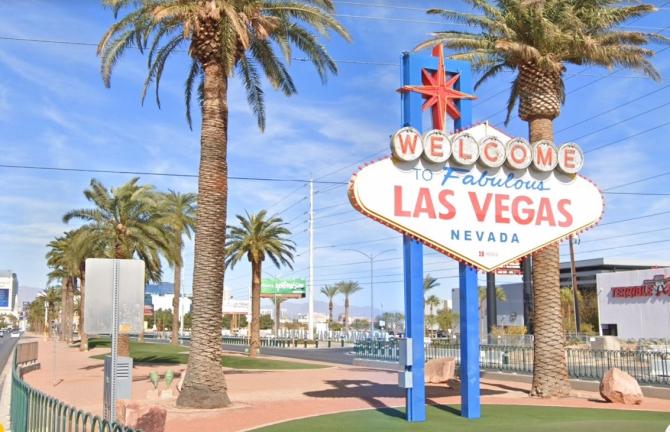 AMID the warm words for incoming and outgoing mayors at Tuesday's council AGM, was special praise for the most dedicated councillor of the night.

Limavady-based member, Ashleen Schenning logged in remotely from a hotel room 5000 miles away in Las Vegas.

The outgoing Deputy Mayor was on holiday in the US city that bills itself as ‘the entertainment capital of the world’.

But she took time out to participate online in the annual ceremonial handover of roles back in Coleraine.

“It shows dedication”, said the UUP's Norman Hillis. “I must admit that when I'm away the last thing I'm thinking of is dialling into a council meeting.”

Mr Hillis said he hoped at least that Cllr Schenning was making money at the tables.

But, on a serious note, he told her: “Everything you have done was done with dignity and done very well.”

“I know where I'd be if I was in Vegas,” he added cryptically, “and it wouldn't be Zooming into a council meeting.”

Cllr Watton who admits he likes a flutter himself added: “I hope you have more luck than I'm having at the minute.”

]Though Councillor Schenning watched online over a system installed during Covid, the chamber was, on Tuesday, attended by more members in person than any other since the pandemic.

Councillors have already agreed to maintain the means to run ‘hybrid’ meetings that allow online and in-person attendance.

The council suggests hybrid meetings have the potential to “transform” local government by increasing participation.

On Tuesday Cllr Schenning passed on her best wishes to her successor as Deputy Mayor – Sinn Fein's Kathleen McGurk.

She added: “I'd like to say it was an absolute privilege to attend the many varied activities and events that I managed to get to over the year.”

Paying tribute to Cllr Schenning, outgoing mayor Richard Holmes said: “The Deputy Mayor was on hand - sometimes with only 20 minutes notice - to fill in and was always of great support.

“And she'd usually be laughing, which is a great gift to have.”