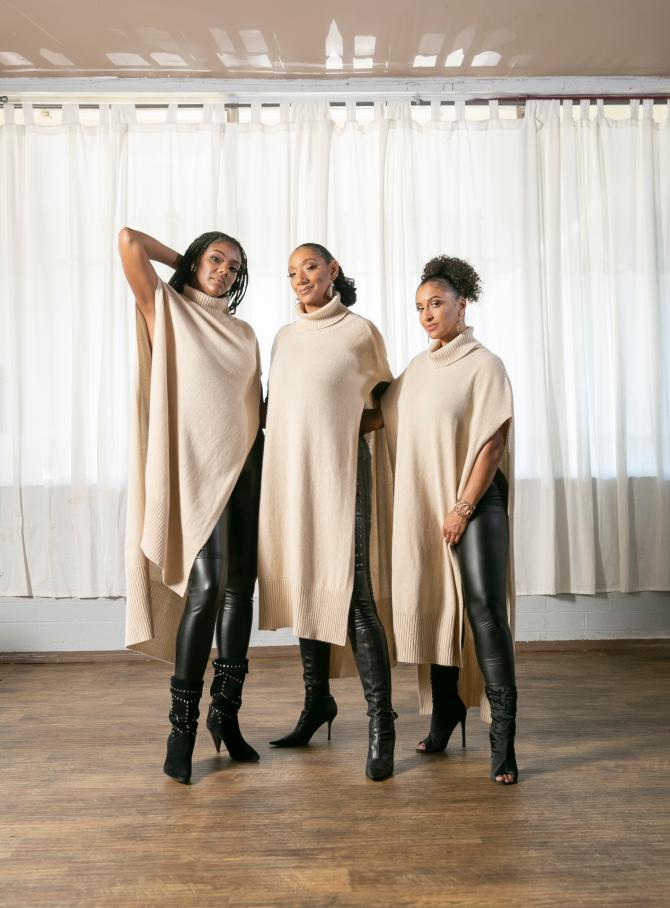 On the grand scheme of things, very few musical artists truly achieve legendary status, fewer again can point to songs in their catalogue that are truly iconic. American Disco/pop/RnB legends Sister Sledge are one act that can do just that.

Having enjoyed a meteoric rise in the 1970’s at the height of the Disco era, Sister Sledge blazed a trail with hit song after hit song that captured the zeitgeist of the seventies perfectly and which would stand the test of time to become truly timeless.

While the disco era would eventually burn out, the acts who were at the pinnacle of the movement would fleetingly fall away from the superstardom they enjoyed at their peaks, but the music remained and eventually acts like the Bee Gees and of course Sister Sledge would be rediscovered and heralded for the amazing music they produced. Music that time has proven, is iconic in any era.

It is now some 51 years since sisters Debbie, Joni, Kim and Kathy first took to the stage as Sister Sledge and while over the years they have enjoyed highs and lows like every act and have had to evolve with the times, such as when Kathy Sledge left the group in 1989 to pursue a solo career, Sister Sledge’s music remained ingrained in popular culture and became anthemic, particularly for members of the LBGTQ+ community.

Hits like ‘We are Family,’ ‘He’s The Greatest Dancer’ and ‘Lost in Music’ are perennial floor fillers at discos, nightclubs, weddings and parties all around the world and despite over half a century in the industry, a recent family sized evolution within the band means that there are plenty more years in the tank for the family Sledge.

Live performances by Sister Sledge are still a family affair but this evolution now sees Debbie and Kim joined on stage by Debbie’s son and daughter, David and Camille Sledge and Joni’s son Thaddeus Sledge, who have helped reinvigorate the group’s live delivery and ensured that the Sledge legacy can last for a long time to come.

Before bringing their brilliantly evolved live show to headline Stendhal Festival in July, Debbie Sledge spoke with us about about what Festival goers at Ballymully Cottage Farm can expect from that performance, the importance of family throughout her personal and professional life and memories of previous visits to Ireland, north and south.

“It’s been a fantastic journey,” says Debbie Sledge, “very tough to sum up in just a sentence but if I had to it would simply be, love, joy and positivity.

“The great thing about this new evolution of the band is the fact that within this new dynamic we all feel that there is so much more to be revealed in terms of the artistry, music, talent and performance elements within it.

“The addition of the Sledgendary band and family members to the group has opened up new aspects and doors of artistry, given us new personalities with new ideas, all waiting to be shared and discovered.

“It is definitely a bonus for us that some of our newest band members are family by blood but over the years we have learned that you can have family that isn’t blood, what is truly important is relationships. My definition for family would include LOVE, respect, honour, positivity, teamwork and growth. These are traits that are not necessarily confined to blood related family, but rather, strong relationships period. Find your tribe and consider them family.”

Stendhal Festival itself has a lot in common with Sister Sledge in that their existence has always revolved around family ties. Debbie admitted that while this aspect of the band certainly brought with it its own difficulties, ultimately though, she says that rewards of working so closely with family massively outweigh any of the family matters that arose from time to time.

“As a family there is certainly a unique working dynamic in any business but I suppose particularly the music business,” Debbie laughed.

“I dare say it may have been easier sometimes if we weren’t family but I would not trade the awesome experience we have shared and the bond it has generated between us for anything. The awards are priceless.

Looking back through their career, Debbie described many festival highlights, “It feels like there’s an extra special energy that is unique to festival performances,” she said, "so many people sharing this one experience together in a wide-open setting. It feels limitless and free, almost magical, just as it should feel. Just like the music we create and embrace.”

She added: “At festivals everyone is in party mode for real, they are always such fun.

“There are a few standout moments for me personally, The Rumble in the Jungle in Zaire, still stands out to me, it was an incredible experience.”

Zaire ‘74 was a concert which brought Black American artists together on stage with African performers as part of the carnival surrounding the now legendary George Foreman, Mohammed Ali fight in 1974. Almost 80,000 people were in attendance as Sister Sledge were joined on the bill by such luminaries as BB King, James Brown, The Pointer Sisters and Bill Withers.

From Zaire in 1974 to Northern Ireland in 2022, Sister Sledge have been all around the world several times over and Debbie says that Ireland is one of the band's favourite places to play.

“We love it in Ireland,” she said. “It’s such a beautiful country, so much nature and beauty to discover and appreciate.

“We’ve had loads of great gigs there but one that stands out for us as part of our new band was our gig alongside Bruno Mars in Dublin when we all found out that Thaddeus has a big fan base over there, it was great fun.”

In closing Debbie looked forward to the bands return to Northern Ireland and their headline set at Stendhal.

“We are really excited to have been able to get back on stage after what the world has been through in these past two years. It’s wonderful that the stages of the world have been opened back up to performers and audiences alike, so everyone coming to see us at Stendhal should be prepared for us to bust loose. All the band have their solo moments, of course we will be performing all the songs people know and love and we will also be playing our new single ‘Free’, which really feels apt at this time. We can’t wait to see everyone at the festival.”

For tickets and more information about Stendhal Festival, visit www.stendhalfestival.com