Pat McManus to perform at annual tribute to Rory Gallagher 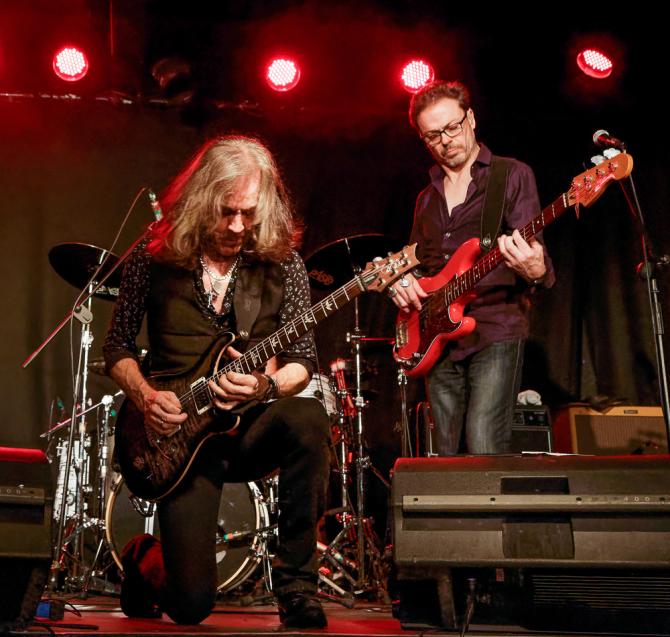 LEGENDARY Fermanagh musician Pat McManus is to perform at the Belfast City Blues Festival as part of the festival’s annual tribute to blues legend Rory Gallagher.

Gallagher, who made Belfast his second musical home, will be remembered by some of the country’s top musicians at the Black Box on the afternoon of Saturday June 25 at 1pm.

The guitarist, famed for his charismatic performances and dedication to his craft, was a frequent visitor to Belfast, first with Taste and then with his own band, throughout the 70s and 80s. So far, Gallagher's albums have sold in excess of 30 million copies worldwide.

McManus said he looked forward to paying his own personal tribute to Gallagher.

"Over the years and all through my career, Belfast has been a city that welcomes me,” he said.

“Likewise, with Rory Gallagher, as the people of Belfast welcomed him in, supported his style of music and gave him room to grow musically, Rory never forgot that.

“He always came back to Belfast and the wider Northern Irish community even through the dark days. For me, it’s still an immense pleasure to play to the people in my home land of Northern Ireland."

Although born in Ballyshannon county Donegal and brought up in Cork, music fans across Northern Ireland have always had an affinity with the star.

Gallagher was an almost annual visitor to Belfast, where his Ulster Hall shows are the stuff of legend. Remembered fondly for his immense skills on guitar, the musician died on June 14 1995, aged 47.

For more information and a full schedule for the Belfast City Blues Festival which runs from June 24-26 log onto http://belfastcitybluesfest.com/