Cavers seek to clear out 45 years worth of marine litter 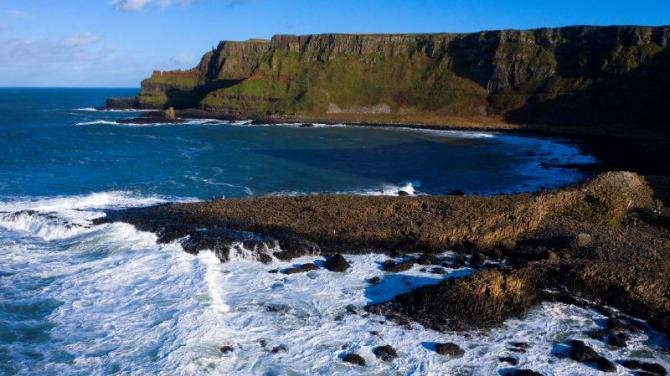 A GROUP of environmentally conscious adventurers will attempt to clear 45 years worth of rubbish from a North Coast cave accessible only from the sea.

The operation will be conducted by a small army of cavers, coasteerers, kayakers and a boat support team at a spot close to the Giant's Causeway.

It has been planned by the Ulster Speleological Society and Caving Club (USSCC) and is due to take place on Saturday, May 28.

Chairman Liam McCarthy explained how members were inspired to mount the clean-up during an exploration of the rugged north coast back in August.

“We came across a cave only accessible by sea but what we found inside certainly shocked us all,” he said.

“We estimate there is around 45 years of plastic and marine rubbish in the cave on the Giants Causeway.

“We are all volunteers and we are passionate about preserving caves throughout our beautiful island.

“In this cave there are some fantastic calcite formations that are in danger of being destroyed.

“We decided on the spot that we as a club would be doing something about it.”

Liam described how the operation had been planned with almost military precision.

First a rigging team and cave team will swim to the cave.

The riggers will set up hauling lines and then take over support duties while the cavers fill around 30 one-tonne bags with plastic and marine waste ready to be rafted up and floated out in batches.

The Boat and Support Team will be standing by in the water.

The support team will use kayaks to take ropes out to the boat and from there crew members will haul the rafted bags out.

The rubbish bails will be towed to a waiting ground team at Portballintrae Harbour.

They will sort, photograph and log all the rubbish being landed then dispose of it in the skips provided.

“So as you can see there will be a lot going on,” said Liam.

And his team is therefore seeking help from anyone in the local caving or coasteering communities.

“If you would like to volunteer and take part in our clean up please get in touch.

“Secondly, as much as we would like to do these things for free, unfortunately it cannot be possible without pennies so if you are able to donate a little it would be very much appreciated.”