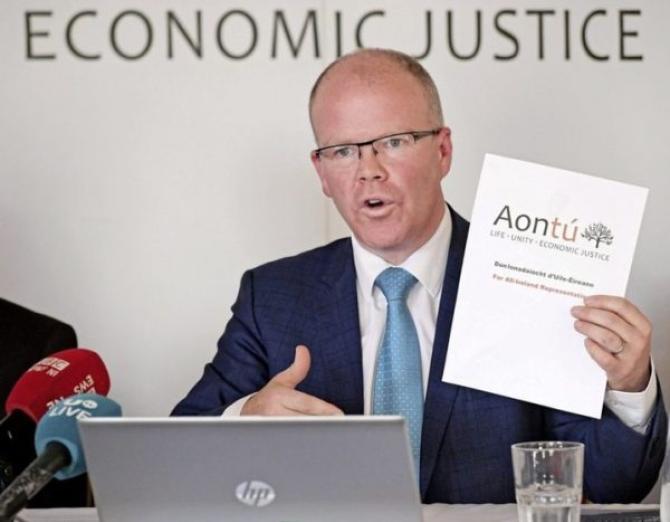 AOUTÚ Leader ROI TD Peadar Tóibín and Aontú Deputy Leader Cllr Denise Mullen have written to all newly elected and re-elected MLAs in Northern Ireland demanding they forgo their salaries until a new Executive is formed.

Mr Tóibín said: “It would be absolutely wrong for MLAs to draw down Salaries in this Cost of Living Crisis while the Democratic Institutions are failing to operate.

"It is outrageous for people who cannot afford to pay their bills, feed their children or put petrol in their car, to see their MLAs get big salaries and not do their job. We have written to each MLA and have asked them to do the right thing and refuse their salaries.

"The Assembly Election was meant to be about addressing the fundamental bread and butter issues hammering working families across the North. Not even a wet week after the people have had their democratic say, the DUP have ignored it and are doing everything in their political power to stop an Executive being formed.

"Their leader has even refused to take up the seat he ran for in the Assembly Elections a week ago. They are treating the electorate with disdain. Aontú ran as the party of political reform and accountability: that begins with ensuring MLAs doing their jobs.”

Cllr Mullen continued: “On each and every door I canvassed during the election, the crippling cost of living and the multitude of crises in housing and healthcare are keeping people up at night. This election was meant to be about tackling those crises, instead people are being failed by another round of partisan establishment politics.

"There can be no excuses now. Aontú demands accountability. MLA salaries should be suspended until an Executive is formed. In no other profession would you be paid for refusing to do your job. Only in Stormont. Aontú is also running a petition on this key issue and we would encourage every citizen to send a message loud and clear to the political establishment, that this is not tolerable. ”