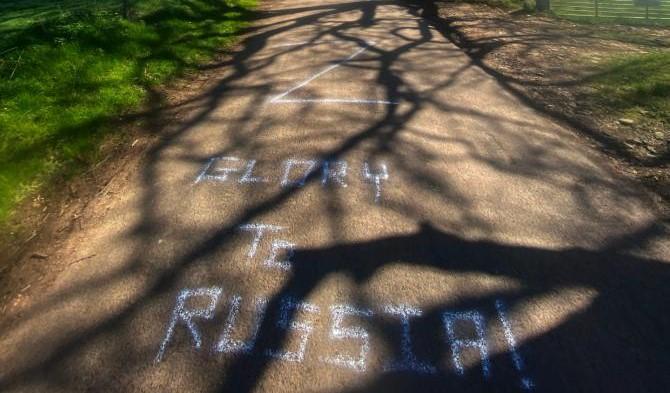 THE spraying of pro-Russian graffiti onto the road at the iconic Dark Hedges over the weekend is being investigated as a hate crime by police.
Roundly condemned by local representatives, the ‘Glory to Russia’ graffiti also included a large ‘Z’, a victory symbol for Russians supporting their government's aggressive war against its neighbour.
Causeway Coast and Glens, Mayor Richard Holmes described the actions of those responsible as “despicable” while SDLP Cllr Margaret Anne McKillop said it was “absolutely deplorable”.
MLA Mervyn Storey, who last week welcomed 10 Ukrainian evacuees to Hebron Free Presbyterian Church, described the act as a “wanton vandalism, glorifying Russia’s oppressive campaign or terror in their homeland.”
The graffiti was clearly visible to the hordes of tourists taking advantage of the good weather on Saturday, with many local people giving vent to their disgust on social media.