Further support for Ukraine from Church of Ireland Bishops’ appeal 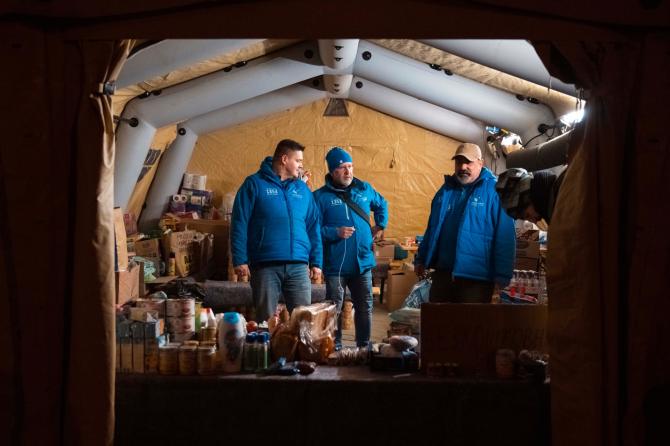 The Church of Ireland’s Bishops’ Appeal for World Aid and Development is releasing a further €40,000 and £35,000 to Christian Aid and Habitat for Humanity in support of humanitarian efforts in Ukraine and the surrounding countries.  This brings the total released so far to €50,000 and £43,300.

Donations continue to pour in, and Bishops’ Appeal therefore anticipates releasing more funds shortly after Easter.  Financial support is being utilised as soon as it is received and even in anticipation of being received, such is the need.

Partner agencies continue to focus on people who have been displaced within Ukraine and who have become refugees in Romania, Hungary, Slovakia and Poland. They are providing both temporary shelters and longer-term accommodation, food, money and vouchers, help with travel, and medical supplies, and are responding to more specific needs as they arise.  So far, 10 million people have fled their homes – 3.5 million fleeing to other countries and a further 6.5 million displaced in Ukraine itself.  This makes up nearly one quarter of the country’s population.

Bishop Ferran Glenfield, Bishop of Kilmore, Elphin and Ardagh and Chair of the Bishops’ Appeal Advisory Committee, says: “Irish people north and south are known for being big hearted.  The plight of the Ukrainian people has touched many hearts, which is reflected in the generous response to the Ukraine Appeal across the Church of Ireland.”

A selection of short videos – provided by Habitat for Humanity, ACT Alliance, and the Anglican Diocese in Europe from their responses to the crisis – is available on the Church of Ireland YouTube channel at this link HERE

Readers can find out more about Habitat for Humanity’s response in Eastern Europe at www.habitatni.co.uk/ukraine and www.habitatireland.ie/ukraine and the work of Christian Aid’s partners in the ACT Alliance at www.actalliance.org/news