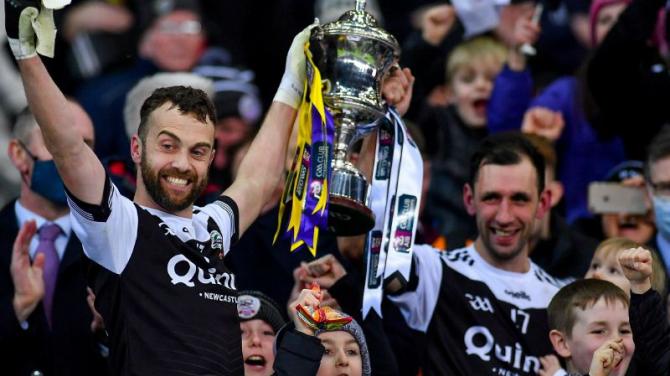 By Steve Malone at Croke Park

Kilcoo are All-Ireland Club Champions. Let that sink in.

It was an unreal contest in Croke Park and manager Mickey Moran has finally landed a national title.

This Kilcoo team don’t know when to quit and they pulled it out of the bag. They worked their proverbial socks off and have reached the promised land. They have done the club and county proud and it was a privilege to follow their journey.

In the first half Kilcoo weren’t at the races. Perhaps the build up was too much. Kilcoo’s focus has been steely for over a year. This is the prize they craved, they needed but at perhaps at the price of a performance. But they tore that theory to shreds with a blistering second half and magnificent Jerome Johnston goal late in extra-time.

Play the game and not the occasion is a mantra hard to live up too but it seemed to suit the Dublin side.

They moved the ball with ease, their over the shoulder passing was excellent, while Kilcoo kicked seven first half wides, which didn’t happen all season and they were a pale shadow of the team that got them here.

They were playing as individuals at times, and even when they did link up and get through the Crud defence, their shooting let them down. Even when it looked as if Ryan McEvoy grabbed a vital point Hawkeye spoiled that party.

There seemed to be no stopping Kilmacud. They looked as if they had an extra player with their speed and fantastic movement. Midfielder Craig Dias finished the game with three points from play, while the lively Dara Mullen, busy Shane Horan and Shane Cunningham all got on the scoresheet.

Rory O’Carroll was mopping up in defence and Andrew Magowan was giving the Kilcoo’s defence a torrid time. McEvoy’s free was ruled out by Hawkweye and Kilcoo were glad of the half-time break to get settled.

Dias’ third score stretched the Dubs’ lead but Paul Devlin’s point on 37 minutes made it Kilcoo 0-03 to Kilmacud’s 0-09 , the corner forward tagged on another free before goalkeeper Niall Kane stuck his 45’ it dipped and ended up in the net, with defender Ross McGowan perhaps getting the last touch.

It was Kilcoo’s prayers answered and it was game on. Conor Laverty squeezed over a point under the Cusack stand after a clever pass from Jerome Johnston and all of a sudden it was a one-point game with 13 minutes still to play.

Ryan McEvoy had a chance to level but his shot dropped short then Cillian O’Connor grabbed a point at the other end but Kilcoo had time on their side. Devlin’s third converted free closed the gap and on 59 minutes the same player sliced over the equaliser. It was a peach of a score.

But who was going to win it?

The Magpies had possession for three minutes of the additional four and were deep in Kilmacud’s half when they were turned over, so it was a relief when the extra-time whistle blew. Of course they were in the same situation in 2019 and it the next half hour of football would be the crowning glory for many a Magpie. Full-time: Kilcoo 1-07 Kilmacud 0-10

Kilcoo needed a touch of magic and Jerome Johnston duly delivered when he rammed home a stunning goal after firing home from close range after his brother Ryan had a shot saved.

It was the winner and dreams do come true, Kilcoo never stopped believing and they are worthy All-Ireland Champions. Conor Laverty and Aidan Branagan lifted the Andy Merrigan Cup and the celebrations continue. 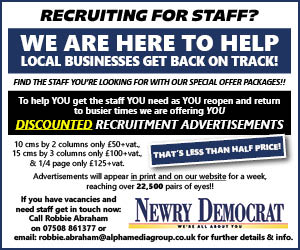