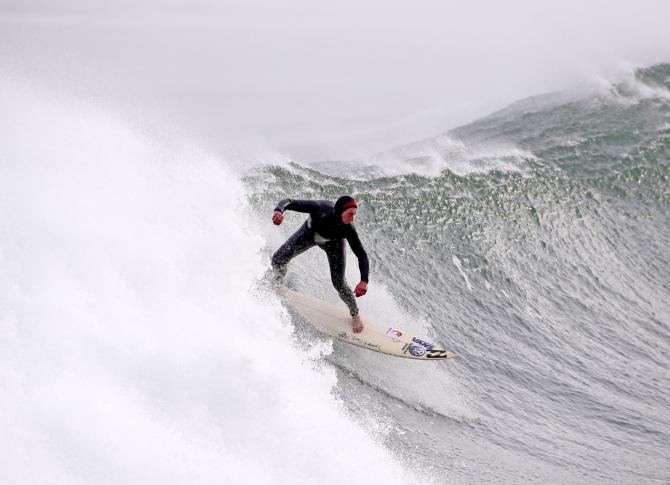 CONSERVATIONISTS are hoping to enlist a small army of surfers to gather information on the north coast's marine wildlife.
Because they are in the water year round and venture to more inaccessible spots, surfers, kayakers and coasteering enthusiasts are being courted by Northern Ireland's Centre for Environmental Data and Recording (CEDaR).
CEDaR is a branch of National Museums NI that works in partnership with Northern Ireland Environment Agency and the recording community, to collect and collate species data around Northern Ireland on land and sea. The purpose in doing so is to act as a central hub for biodiversity data and to make this data more accessible so it can inform policy decision making, environmental management, research and conservation.
The call to surfers for assistance was issued by Justin Judge, Marine Biodiversity Officer at CEDaR, National Museums NI.
“Surfers are in a great position to help collect information in areas where it is lacking,” he told The Chronicle
“I surfed myself for ten years and that's why, when I started my position with National Museums NI, it was one of my first go-to ideas. It's a resource that I don't think has been fully tapped into.
“We are interested in just about every marine species – from the more charismatic animals like minke whales and dolphins, down to seaweed and inter-tidal invertebrates.
“Any information we get would be a huge benefit for addressing gaps in the data and help with conservation efforts.”