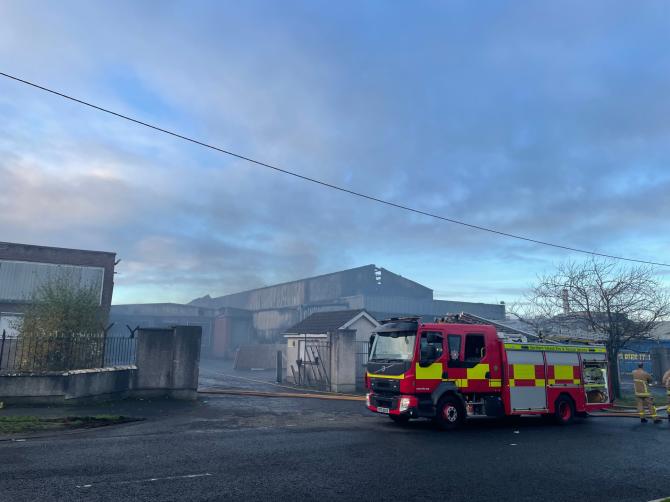 The scene on Ballymena Road the morning after the huge fire swept through.

DETECTIVES investigating a huge fire at the old Fleming Poultry premises on Ballymena Road area of Ballymoney on Monday November 22 have made two arrests.

Police released a statement, just after 1.30pm today (Wed Dec 1)saying the two males, aged in their teens, were taken to Coleraine Police Station for questioning.

They were both subsequently released on police bail pending further inquiries.

A total of 150 fire fighters, with 25 appliances, who battled courageously through the night of Monday Nov 22 and Tuesday 23 November to the blaze under control before morning.

The huge site was a burnt out shell by morning.

Fire fighters were commended for stopping the blaze spreading from the derelict property to neighbouring businesses.