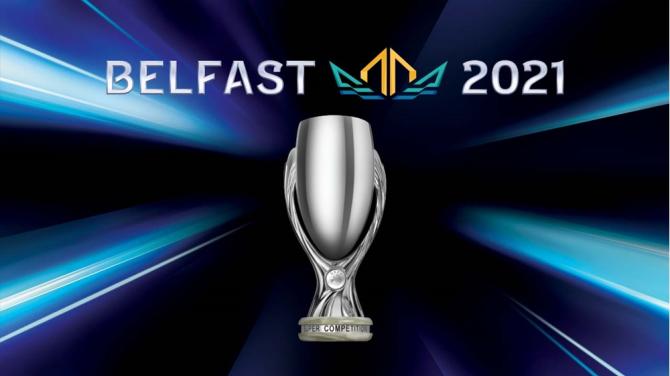 Up to 13,000 fans will be able to attend next month’s UEFA Super Cup in Belfast, it has been announced.

The Irish FA said the number of spectators being allowed in to watch the match between Chelsea and Villarreal on 11 August was determined following talks between UEFA, the Northern Ireland Executive and the association.

Irish FA chief executive Patrick Nelson said: “We welcome yesterday’s announcement by the Northern Ireland Executive and, following subsequent detailed discussions with our government partners and UEFA, we are delighted to announce that the UEFA Super Cup Final will be played on 11 August, at the National Football Stadium at Windsor Park, with a voluntarily reduced capacity crowd of 13,000.

“This represents a 30% reduction in the overall stadium capacity and recognises the need to remain cautious given the ongoing health situation in Northern Ireland.

“We have also secured a resolution which allows travelling Villarreal fans to attend the game.”

The chief executive said all spectators attending the match will be asked to show proof of double vaccination or provide a negative Covid test on entry.

And he added: “The Irish FA is hosting the fixture on behalf of UEFA and, as such, all information regarding the purchasing of tickets can be found on the UEFA website.

“We will continue to work closely with our partners at UEFA and the Northern Ireland Executive in the lead up to the game and look forward to delivering a memorable night for football in Belfast and Northern Ireland.”