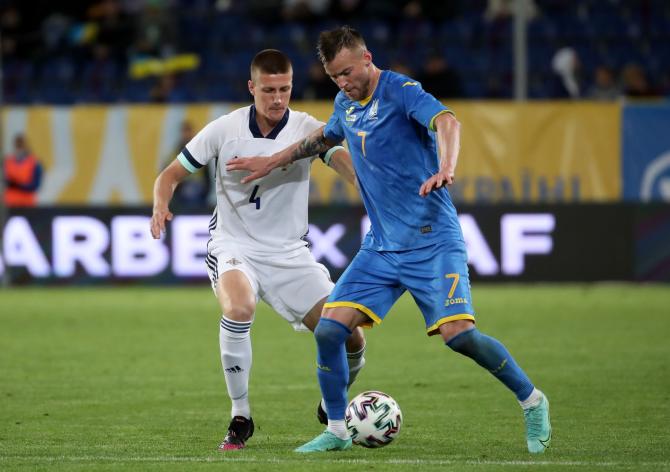 Sam McClelland came on as a late sub' in Thursday's 1-0 defeat to Ukraine.

CONGRATULATIONS to Limavady teenager Sam McClelland who made his senior NI international debut this evening (Thursday) in the 1-0 friendly defeat to Ukraine.

Sam, who came up through the youth ranks at Coleraine FC before joining Premiership giants Chelsea almost three years ago, replaced Ciaron Brown in the 89th minute in Dnipro.

It was a proud moment for the 19-year-old central defender who was called up to the senior squad for the first time by manager Ian Barraclough following some impressive performances at club level.

He made his Chelsea debut in a London derby against Arsenal in September 2018 and signed his first professional contract in July of the following year.

The former Limavady Grammar School pupil has spent most of this season with the London club's development squad and made his debut at that level in a 2-1 win over Leicester back in December.

At international level, he was called up to the NI Under-21 squad in 2019 but failed to make an appearance. Prior to that he captained Northern Ireland Under-19s.

Now, he is a fully-fledged senior international with the football world seemingly at his feet.

What a moment for Sam, his family and friends and everyone connected to Coleraine Football Club and the local game.

* You can read much more on this story, including Sam's thoughts on his senior international debut, in Tuesday's Chronicle...