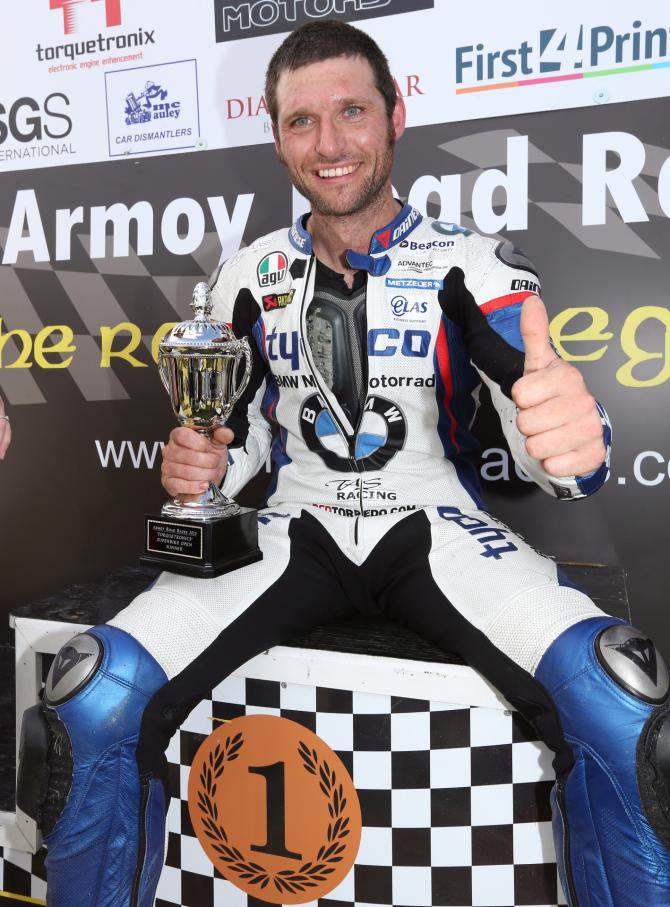 GUY Martin - when interviewed by BBC Northern Ireland - has confirmed he intends to be at this year’s Armoy Road Races which highlights the high regard leading riders have for this testing three-mile road race.

Bill Kennedy, MBE, Clerk of the Course at the Armoy Motorcycle Road Racing Club, said he was thrilled to hear the news.

“Guy Martin has always been a great supporter of the Armoy Road Races and raced at Armoy up until 2015, thereafter he occasionally competed in classic and classic superbike races," said Bill.

“We know that Guy would love to be back at Armoy and riding in the Classics race but we also understand that his diary this year is pretty packed, including trying to achieve 300mph on a motorbike, amidst a few projects the timing of which we believe have not been confirmed yet.

“Like all things Guy, until he’s on the boat and heading to Armoy, or even driving into the paddock, just before the races, we’ll not know for sure. However, his intention to race at the 2021 Armoy Road Races will be a great boost for the spectators and the club.”

Guy, who won the Torquetronix Superbike Race in 2015 for Tyco-BMW Motorrad Racing, has previously said: 'It’s a right well organised meeting' and that he 'always tries to fit the Armoy in.'

Bill Kennedy continued: “To date, we are doing very well for race entries but we’ve some time yet. All entries are required to be in by the closing date Monday 28th June 2021.

"Likewise, our spectator passes, which we launched last month, due to the pandemic restrictions are also going well.

"We know that there are many keen to attend the event, and also keen to understand the restrictions but the only thing I’ll say, particularly in this ever-changing world, is that the club will be doing its very best to run these races and do so, safely.

“We understand there are lots of questions and to that end we have a frequently asked question page, where we address riders and spectators’ questions as best as possible. We’ve less than three months to the races and circumstances could very well change again – we’ll just have to wait and see.

“What I do know is that everyone is behind us, we’ve been working on the course already and we are finalising sponsors as I speak, although I think that’ll take a few weeks longer. There’ll be racing in Armoy on Friday and Saturday, the 30th and 31st July and the likes of Guy Martin in the mix is very welcome news indeed.”