First Minister visits St. Patrick's Church in one of first public appearances since announcing she is to step down 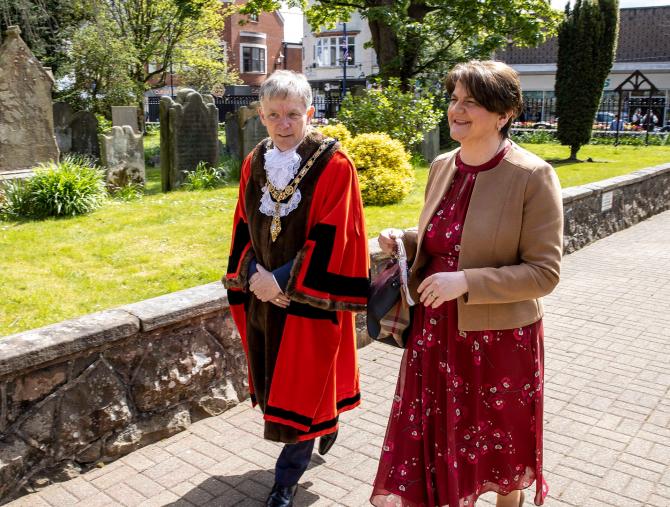 FIRST Minister Arlene Foster was among guests who attended a special church service in Coleraine on Sunday.

The DUP leader was making one of her first public appearances after announcing her plans to step down from her posts later this year.

She joined around 80 other invited guests at a service to mark Northern Ireland's centenary in St. Patrick's Church in the town centre.

The event, organised as part of Causeway Coast and Glens Borough Council's NI 100 programme, was hosted by the mayor, Alderman Mark Fielding, and offered an opportunity for 'commemoration, thanksgiving and reflection' on 100 years of Northern Ireland.

Speaking afterwards, the First Minister admitted it had been 'a pleasure to attend the service of commemoration.'

“It is fitting that, as we turn into the second centenary we focus on the future of this wonderful place but also draw strength and wisdom from our past," she said.

"Certainly down the generations there have been challenges, perhaps none greater than the global pandemic, but we have also shown how much we can achieve when we work together for the common good.”

* For much more on this story, including further photos, make sure and get a copy of The Chronicle newspaper on Tuesday.