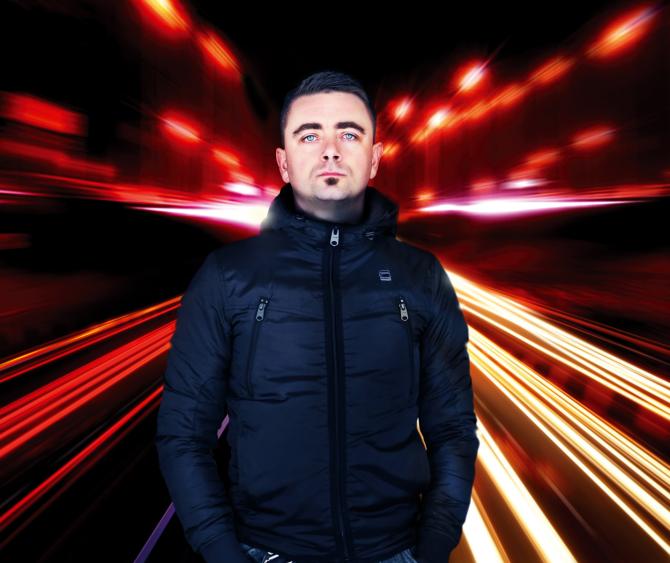 THEY’RE better known in folk circles where they are regarded as something of folk royalty, but Damien O’Kane and his wife Kate Rusby have scored a surprise crossover chart hit with a CD of cover songs.

Kate’s album ‘Hand Me Down,’ produced by her Coleraine-born husband, has proved one of the musical highlights of the year, breaking into the top ten and garnering plenty of new fans along the way.

Not least among them Susanna Hoffs, lead singer of legendary girl group The Bangles, whose hit ‘Manic Monday’ is one of the standout tracks on the album.

It received plenty of air play on radio stations across the country, including BBC Radio 2, prompting the writer of the song to get in touch to pass on her congratulations to Kate and Damien.

“That was an unbelievable moment,” laughs Kate.

“ I jumped about the house for a good solid three days saying to my daughters - ‘an actual Bangle!’

“Honestly, if only I could go back and tell my 12 year old self that the actual lead Bangle would send me a message in the future.

“But, seriously, it made me cry. How kind it was of her to take the time to send me the message, what a lovely soul she is,” she adds.

Speaking of Damien and Kate’s two daughters, they also feature on an album which became a real labour of love during an unforgettable year.

“Originally, when Kate and I decided to go forward with the covers record, we decided to start recording and pre-production in February and go steady at it for a November release,” explains Damien.

“Then lockdown happened and tours, festivals and gigs started dwindling rapidly. We quickly realised that we'd have a little more time so we cracked on with it whilst bringing our 8 and 11 year old daughters to the studio.

“Home-schooling and trying to record an album was an interesting process but the end product resembles feelings of a time none of us will ever forget.

“Our daughters Daisy and Phoebe are actually singing on a couple of the tracks. They’re brilliant singers and loved being a part of it, loved hearing themselves back, apart from when one thought the other was louder than the other in the mix!

“Around May time we realised an August release was possible so we went with that, worked every hour sent by the gods and we have made a record I am extremely proud of.

“It symbolises the importance of family, love, sadness. Kate chose the songs for very personal reasons and we poured our emotions into the music.

“It also became an important album as we needed to put some income into our record label where we employ many musicians, technicians and office staff. A whole year with no income is a very daunting outlook so we had to adapt to the circumstances,” he says.

Kate agrees that it gave them all something to focus on during difficult times.

“The first lockdown was something none of us have experienced before and, at times, it was really emotional and full of worry but having the album to focus on was a good thing I think,” she explains.

“It was an album we had started anyway but with lockdown it did become more of a family affair.

“In fact, not only did Daisy and Phoebe sing on the album (they were my Bangles on ‘Manic Monday’) but a few other members of the family sung on our version of Bob Marley’s ‘Three Little Birds.’ I called them my Three Little Birds choir. We had to have them in one at a time, disinfecting everything in between each of them.

“I have to say that our daughters were the most relaxed out of the lot of them. They just took it in their stride.

“That track just had to have a place on the album as Bob Marleys’s version has been played in our house first thing every morning since March! It was Mother’s Day just before the first lockdown and my folks (both who were in the shielding group) were getting really worried.

“So me and the girls decided to make beaks and wings out of cardboard, Damien brought his guitar, and we knocked on their door and stood back. When they opened the door we sung this song, they were singing along and it was a lovely little moment. Since then, every morning starts with Sunshine Bob!”

But what makes a respected folk singer suddenly go down the pop route?

“I had the idea a few years ago after we played on Jo Whiley’s BBC Radio 2 show,” admits Kate.

“When you do a session for Jo you play a song of your own and then you have to choose a song by someone else to cover. The first time we played on the show we had a list five pages long but finally chose ‘Don’t Go Away’ by Oasis.

“It was just myself and Damien who did the session and we really enjoyed covering a song we are both very familiar with so we decided to include it in the set list on the tour we were on at the time.

“I wondered how it would be received in amongst all the other more folk based music we play but it fitted perfectly and, what’s more, every night I introduced the song to the audience there was away this lovely buzz of nostalgia from them.

“I had the idea then to do a whole album of covers. That was about five years ago but we got there in the end. As folk musicians, it’s what we do anyway - we reinterpret existing songs (I do write my own too) so the only difference was that these songs were all just a bit younger than the songs we usually sing!

“It was really quite difficult choosing which songs to cover. Some were connected to my childhood, some just favourites of mine. It took me a couple of weeks to whittle the list down to about 30, then I decided which songs would would suit my voice, have we good ideas to do them in a different way and which songs would fit nicely together as a collection on one CD.

Which, judging by the commercial and critical success of the original collection, sounds like a good plan to me.

“This record has gained Kate many more fans and it’s a real departure from the more acoustic sound people are used to hearing from Kate's records,” says husband Damien.

“I produced the album and we had both decided that we were going to go with a different approach with this one, to have a slightly more 'pop' sounding record.

“That’s easy with Kate as her voice is so recognisable and unique that she could sing the Yellow Pages and I'm sure people would still love it!

“We released 'Manic Monday' as a single and it reached the BBC Radio 2 A Playlist. That single was a great success and brought a lot of new people into our music.

“Kate was nominated for a Mercury Music Prize in 1999, alongside Ocean Colour Scene and Blur, and that bolted her into the mainstream back then.”

Having set up their own record company, Pure Records, 30 years ago, the pair, crucially, have complete control over everything they do and are backed by the support of a close-knit Yorkshire family.

“Kate is collating a list of songs for a second covers album and we’re hoping to start that before the end of the year,” continues Damien, who cut his musical teeth as part of the legendary O’Kane family on the north coast.

“Meanwhile, we'll see when tours start up again. It is all very strange at the minute, all we can do is try and adapt as best we can.”

So, given all that has taken place and the warm reaction to ‘Hand Me Down,’ what are the pair’s favourite songs on the CD?

“To be honest, I'm just really proud of it as an album, I love them all,” says producer Damien who also played a number of instruments on the album.

“They were recorded in such a strange and emotional time that all the tracks have meaning. But if I really had to choose, then it would be ‘If I Had A Boat,’ a song written by Lyle Lovett. Kate and I sing harmonies on this one and we wanted a real soundscape for this song which I think we achieved.”
Surprisingly, or perhaps not, wife Kate agrees.

“I think that would be my choice too,” she says.

“It’s a song I’ve loved for so many years but I love ‘Carolina’ too and ‘Manic Monday.’ Oh, it’s like choosing between your kids - I can’t do it!”

Whatever about favourite tracks, the CD seems to have caught the mood of the country at a tumultuous time in our history.

“I think it just came along at the right time,” admits Kate. “Nostalgia warms the heart and stirs emotion so people seemed to connect with it.

“We loved making the album, loved the extra time with our girls, loved passing on the songs to them, loved our own nostalgic trip, so for it to do so well in the charts is such a bonus.

“Of course, on top of that, we are a small, family run record label picking our way through a really unfamiliar, strange time so it was such a heartwarming achievement.”

And an achievement for a Coleraine boy making it to number six in the charts, arguably creating some sort of record, pardon the pun, in the process.

“For a lad from Coleraine, it's not bad!” laughs Damien.

“Charting is great kudos, it’s great to talk about and it’s great promotion, but making good, genuine music is more important to me.

“We are incredibly lucky to have a loyal fanbase and cannot thank them enough for their support over the years.

“Is number six in the charts better than we could have hoped for?

“No, number one would have been lol!”