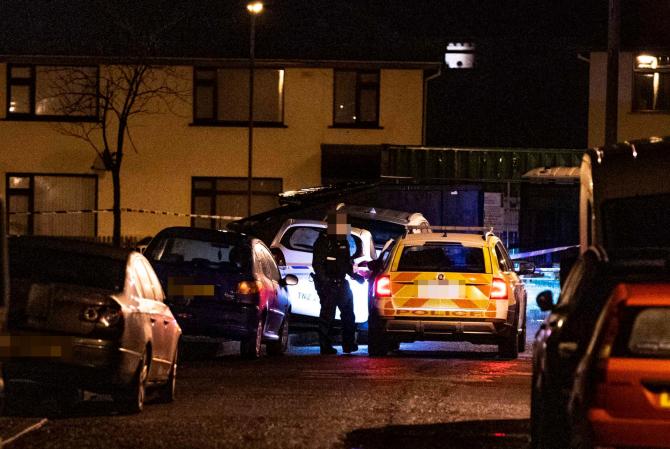 POLICE have attended the scene of an overnight shooting incident in the Churchlands Road area of Coleraine.

Detective Sergeant Wallace said: “At around 10:30pm, it was reported that a male occupant aged in his 30s heard a knock at the front door of his house.

"The man did not open the door and it was then that two shots were fired through the door and struck the man.

"He has been taken to hospital for his injuries.

"Two men were seen leaving the area and heading towards the Winston Way area following the incident.

“Enquiries are continuing to establish the circumstances surrounding this incident. This was a brutal attack for which there is no justification. There is no place for attacks such as this in our society.

“An investigation is underway and I appeal to anyone with any information to call detectives on 101 quoting reference number 1947 24/11/20.

“You can also submit a report online using our non-emergency reporting form via http://www.psni.police.uk/makeareport/.

“Alternatively, information can also be provided to the independent charity Crimestoppers on 0800 555 111 which is 100% anonymous and gives people the power to speak up and stop crime.”