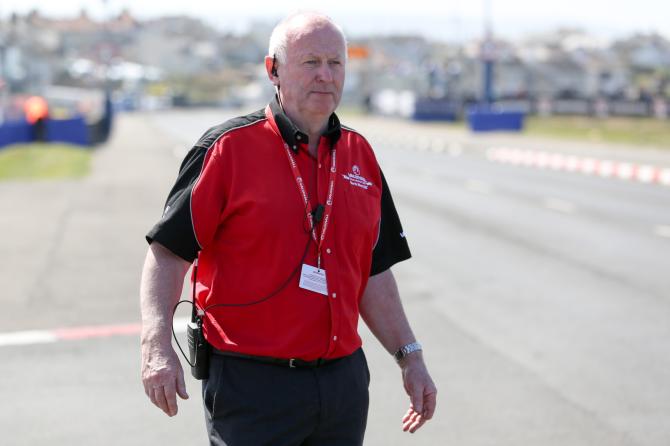 NORTH West 200 Event Director Mervyn Whyte MBE is stepping down from the role after 20 years in charge of Ireland's largest outdoor sporting event.

However, the Limavady man isn't stepping away entirely and he will continue to offer his expertise in a consultancy role when required.

Whyte's decision to retire brings to an end a long association with the international road race event.

His involvement began in 1973 when he volunteered as a marshal and he progressed through various posts including Race Secretary and Clerk of the Course.

He became Event Director ahead of the 2001 meeting and went on to receive an MBE for his services to motorcycling in 2009 and the Freedom of the Borough in 2017 from Causeway Coast and Glens Borough Council.

"I had intended to retire at the end of 2019 but Coleraine and District Motor Club asked me to stay on for another season which I agreed to do,” explained Mervyn.

“Sadly, the Coronavirus outbreak saw the cancellation of this year’s event and I now feel, having recently celebrated my 70th birthday, that it is the right time for me to step aside.

“I have thoroughly enjoyed my time at the North West 200. There have been so many exciting days as well as some sad ones.

"Along the way I have had the pleasure of working with a very committed and enthusiastic club, staff, a great management team and many fantastic sponsors, teams and riders.

"To help ensure the smooth transition of responsibilities, I will continue to provide support with regard to sponsors, teams and riders in a consultative role," he added.

Back in May, Whyte spoke of his disappointment at being forced to cancel this year's race because of coronavirus - only the third time the event has been cancelled in its 91 year history.

“Nobody is more disappointed than me, but there is nothing we can do.

“Initially, we postponed the event in March to give ourselves options but we were really playing for time.

“We looked at various ideas, including running the event in September, but the way things have developed with coronavirus it was never going to happen.

“We had been in constant discussions with all the relevant authorities but with so much uncertainty around we have got to be responsible.

“There’s no way I could bring riders and teams from all over the world for a bike race - I could never live with myself if, because of that, we brought the virus to the north coast.

“Cancelling is the sensible and correct decision,” he added.

It is that type of leadership that Whyte will be remembered for during his tenure.

“Mervyn has given almost 50 years service to the North West 200 and has provided superb leadership over the past two decades as Event Director,” said Coleraine and District Motor Club chairman John Bolton.

“The Coleraine and District Motor Club and Northern Ireland motorcycle sport as a whole owes him enormous gratitude for all of his efforts and we wish Mervyn well for the future as the club committee begins the process of finding a new Event Director.”

The organising club will now begin its search for a successor.