Harrington to make his competitive comeback at Galgorm 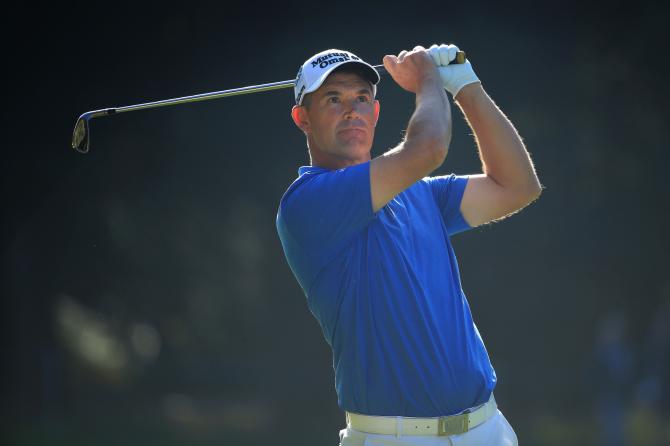 The 49-year-old was due to be captaining the European Ryder Cup team at Whistling Straits in the USA in what is now the week of his national open, but the postponement of golf’s greatest team event to 2021 means he will instead take to Galgorm Castle Golf Club for the first time.

Harrington last played on the European Tour at January’s Omega Dubai Desert Classic, while his last competitive appearance came at the Arnold Palmer Invitational in March, before the COVID-19 pandemic curtailed his season.

The Dubliner is excited to return to the island of Ireland’s national open, which he famously won in 2007 prior to a famous winning streak which yielded three Major titles in 13 months.

“It’s obviously a tournament which holds a very special place in my heart and I guess it’s a nice coincidence that it falls on the week that was originally scheduled for The 2020 Ryder Cup.

“It has been a long time off for me so I’m not sure what to expect, especially without the home fans who always spur me on, but I’m excited to get the competitive juices flowing again and hopefully put on a good performance for all the viewers watching on television.”

Harrington will be joined by reigning Open Champion Shane Lowry, who confirmed his participation in the Dubai Duty Free Irish Open earlier this week, as he makes a return to Northern Irish soil 14 months after his famous six-stroke win over England’s Tommy Fleetwood at Royal Portrush Golf Club.

The 33-year-old lifted the Claret Jug in front of his home fans last year and will arrive at Galgorm Castle Golf Club in search of a second title in his home open, which will this year take place without general spectators in line with the European Tour’s medical health strategy and Public Health England guidance.

It will be the fourth time in nine years that Northern Ireland hosts the historic event, and the first time it will be played at Galgorm Castle. The Antrim venue has played host to successful Challenge Tour events for each of the past eight years, the most recent of which took place last week.