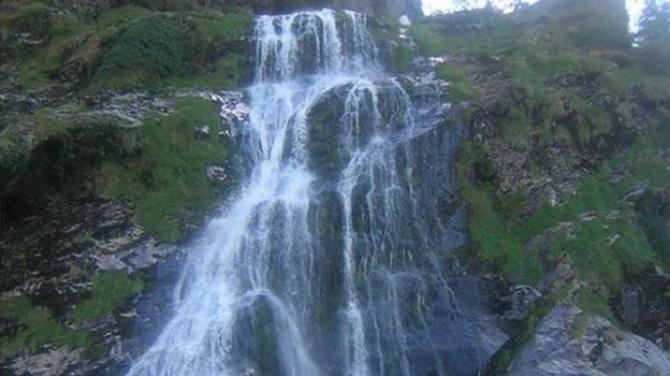 TRIBUTES have been paid to the Ballymoney teenager who lost his life in an accident while on holiday in the Republic of Ireland.

Lewis Fleming (15), a pupil at Coleraine Grammar School, died in an incident at Powerscourt Waterfall in county Wicklow on Wednesday afternoon.

The school's principal, David Carruthers, said the school community had been 'devastated' by the news.

He described Lewis, who was about to enter Year 12, as someone who would be 'sorely missed by everyone.'

East Londonderry MLA Claire Sugden described the death as 'heart-breaking' and sent her sincerest condolences to his parents, family and friends.

“I really struggle to find words when a young, vibrant life is taken too soon,” Ms Sugden said. “I send my love to all who knew Lewis.

“The time ahead will be so difficult. I hope you find strength in your wonderful memories of him.”

Emergency services - including the Dublin Coastguard, fire services, ambulance personnel and a mountain rescue team - were called to the site at about 2.30pm on Wednesday.

It is understood gardaí are treating the death as a 'tragic accident.'