Vincent Gomez, a former pupil at Our Lady and St. Patrick's College, Knock, died while 'coasteering' with three friends in water near Dunluce Castle 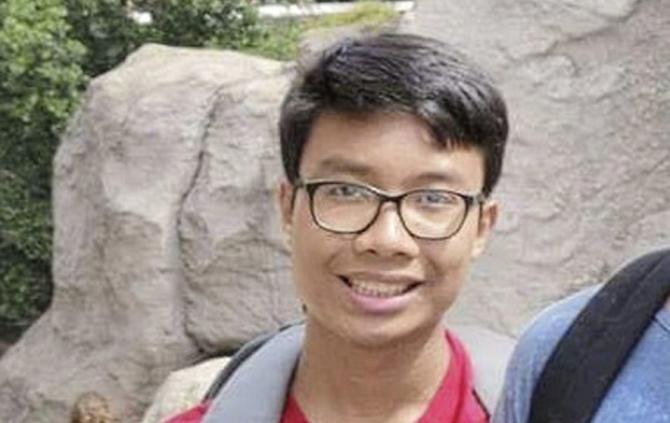 TRIBUTES have been paid to a teenager who died in an accident on the north Antrim coast last week.

Vincent Gomez, a former pupil at Our Lady and St. Patrick's College, Knock, died while 'coasteering' with three friends in water near Dunluce Castle last Tuesday.

It is understood that Vincent, aged in his late teens and whose family are originally from the Philippines, struck his head while entering the water.

Emergency services including HM Coastguard Air Support from Prestwick attended the incident, however he was pronounced dead at the scene.

Vincent was involved with the 11th Belfast Scout Troop's Venture Scouts who paid tribute to the teenager on social media.

"It is with great sadness that we inform you of the passing of Vincent Gomez, a former Venture scout on Tuesday evening under tragic circumstances following an incident with friends at the north coast," said a spokesperson.

"Vincent was a dedicated member of the Venture section and a devoted attendee to every activity organised throughout each year he was a member.

"He contributed much during his short time with the 11th Belfast Scout Group and his sudden passing is a shock to all members, in particular his fellow Venture scouts."

The troop also praised the efforts of Vincent's friends who tried to save him.

"At such a difficult time, we ask that you keep in mind Vincent's family, his friends who were with him that day and tried valiantly to save his life and to his fellow Ventures who are grieving the loss of their friend."

A GoFundMe has been set up by friends to support the Gomez family during this time, which can be found here. Any contributions will be greatly appreciated.