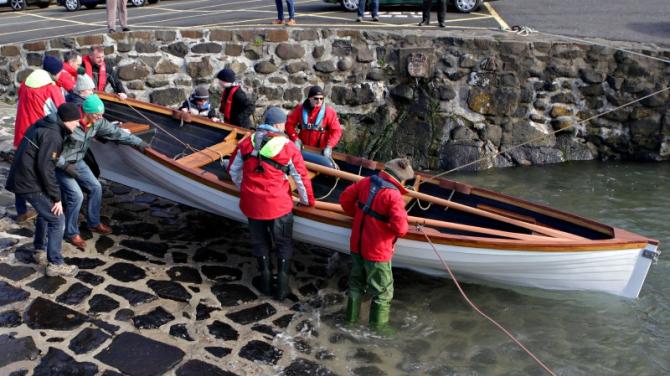 YOU’D be forgiven for believing little happens in Portballintrae during winter.

A village of so many caravans and holiday homes can seem desolate outside the summer months.

But a surprising community spirit burns throughout the dark empty days.

And it's kept alive by people like Paul Blanchard.

That's why a 50 or 60 – a sizeable chunk of the permanent population - braved gale-force winds to see the launch the Drontheim fishing boat he'd spent the winter months building behind closed doors in the harbour's boathouse.

By focusing on a craft emblematic of the port's past, he's not only resurrecting an almost dead tradition, but helping re-establish the harbour's role as community hub.