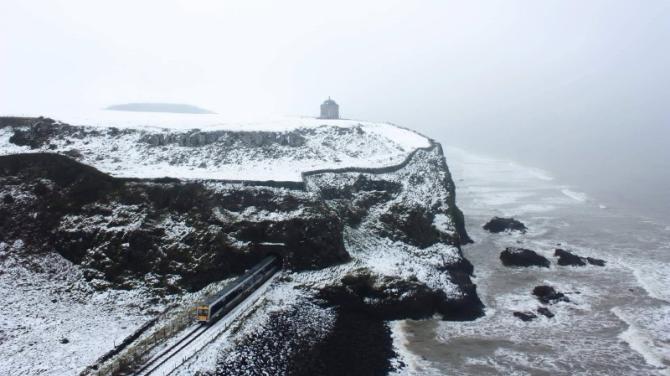 A TALENTED teenager, who couldn't make it to school after icy roads were closed, has caused a stir on social media after capturing a stunning scene near his Castlerock home on camera.

Undeterred by the wintry conditions, Gurt Chittayanon left his home comforts behind on Monday, February 24.

The 14-year-old Limavady High School pupil turned an unexpected ‘snow day’ into an opportunity to take an amazing shot of the snow-covered Mussenden Temple, timing it to perfection as a train emerged from the tunnel below.

The photograph has received rave reviews on social media with Cool FM radio station describing it as "an epic picture."

Gurt's proud um Lesley Cuthbert, 41, who works for Ulster Stores in Coleraine, said: "Gurt had a day off school when a lorry slid and blocked the Seacoast Road due to snow; the Windyhill Road was also closed so he couldn't get over the mountain road to school either."