Man quarantined for 14 days as he returned to work 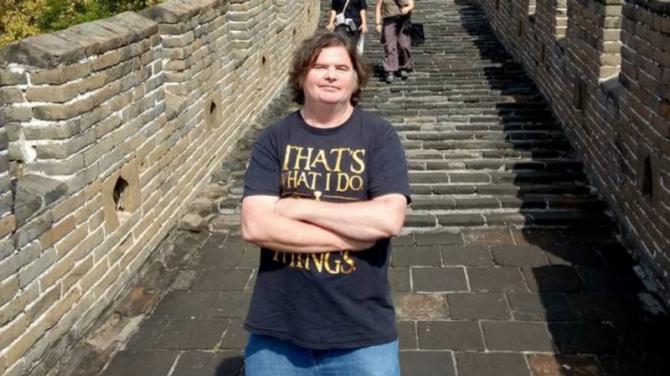 Mark Scott, who was recently quaratined in China as a precaution surronding the Coronavirus outbreak. Mark is pictured here at the Great Wall of China a number of months ago.

A PORTSTEWART man, who was quarantined in China as a precaution surrounding the ongoing Coronavirus in the Far East, is adamant that he will continue to live in the country.

In fact, Mark Scott, who is a Lecturer in English and Culture at North China University of Technology in Beijing, actually travelled back to China early.

He feared that he may have difficulties returning to work, despite the outbreak of the deadly illness which has similar symptoms to the common cold.

The death toll for Coronavirus has risen to well over 2,000 people with reported cases in parts of China, Taiwan and Indonesia, amongst other places including the United Kingdom and Europe.

The 49-year-old former Dominican College pupil says that although his 14-day quarantine was particularly “boring” he believes that it was for the greater good.

*Read an exclusive interview with Mr. Scott inside this week's Chronicle.