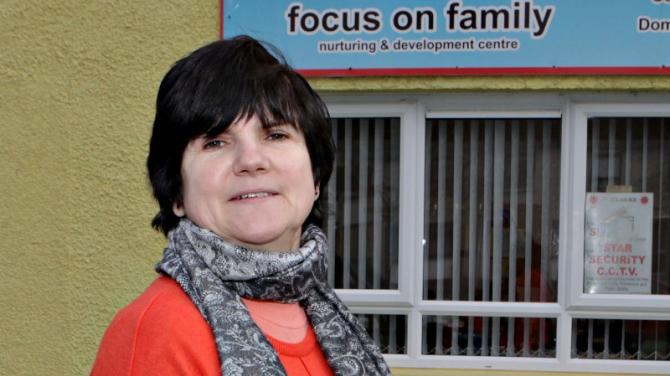 GRIEF-STRICKEN grandmother Christine Donaghy has turned heartache into hope to prevent other families from losing a loved one.

The mum-of-four was devastated last July when her fiance Geoffrey Cox died suddenly from a massive heart attack at the home they shared on Coleraine's Ballysally estate.

Geoffrey, who passed away just days before his 53rd birthday, suffered from ankylosing spondylitis, a long-term condition that causes the spine and other areas of the body to become inflamed. But he had never had heart problems.

When Geoffrey’s deteriorating health forced him to give up his work as a painter and decorator Christine became his full-time carer.

Just weeks after his death Christine, 52, a volunteer and director at the Focus on Family community house opposite her Glenburn Crescent home, launched a campaign to raise funds for a defibrilator, spurred on by the belief that it may have saved much-loved father-of-two Geoffrey’s life.