James craves the sound of silence 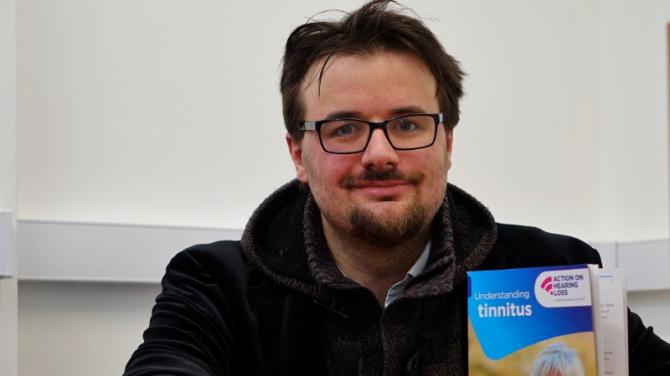 A COLERAINE man who craves the sound of silence has agreed to share his moving story to highlight Tinnitus Awareness Week (February 3-9).

Charity worker James Butler has suffered from the life-affecting condition since his hearing was permanently damaged during a music event around 15 years ago.

He said: “Hearing is one of the basic senses that a person has and plays an important part in our everyday life. The main part of the body used for hearing are our ears. The way that we hear, is that the eardrum, which has millions of tiny hairs on it, move, and transmit signals to the brain.

“There are a range of different causes behind tinnitus, one of the most common being damage to the inner ear, caused by exposure to loud noises. This can either be from music or working environment. Some people get a temporary tinnitus flare-up after a night out.

“Permanent Tinnitus, on the other hand, affects one in ten people and sadly, there is currently no cure.”