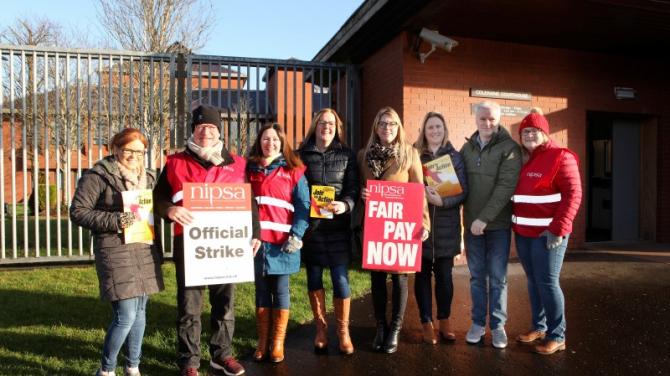 NIPSA General Secretary, Alison Millar told The Chronicle: "Members continue to be frustrated that a month after the restoration of the NI Assembly no offer or negotiations have commenced in an attempt to resolve this dispute.

“NIPSA has met with the Finance Minister and raised the issues with all of the main political parties and while there have been words that indicate they wish to resolve the dispute – the words have not been followed up with action.

“This is in direct comparison to the Health Workers dispute which within four days of the restoration of the NI Assembly intensive negotiations were in place.

Alison added: “It is regrettable that our members have been forced into this position – however it is important that we keep the pressure on to seek to get the management side around the table in a meaningful manner in an attempt to resolve this dispute.

“We do not accept the rhetoric ‘there is no money.' Money must be prioritised to resolve this dispute – after all it is recognised by all parties that civil servants went beyond the call of duty during the three years when the political parties were absent from their jobs.”