Ballysally pupils were bowled over by Boris 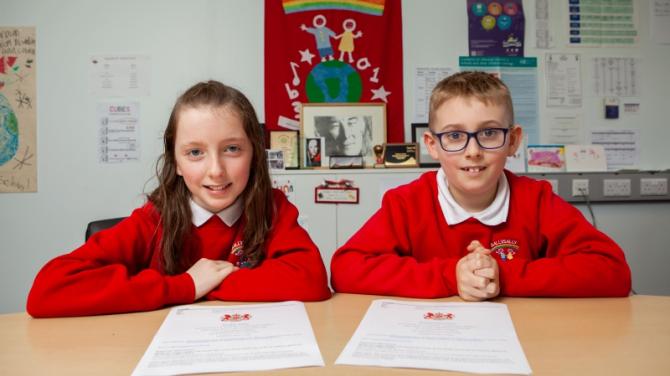 BALLYSALLY Primary School pupils were bowled over by Boris Johnson during a VIP visit to 10 Downing Street.

Keeley Riley and Daniel Drawmer were the only Northern Ireland children invited to a special question and answer session with the Prime Minister last Thursday.

During their whistle-stop tour of the capital, the primary seven pupils were accompanied by Principal Geoff Dunn MBE and teacher Mrs Deirdre McKeown.

The Coleraine contingent left school at 6.15am and flew to Luton before embarking on a tour of the Prime Minister's official residence along with pupils from nine other schools across the UK.